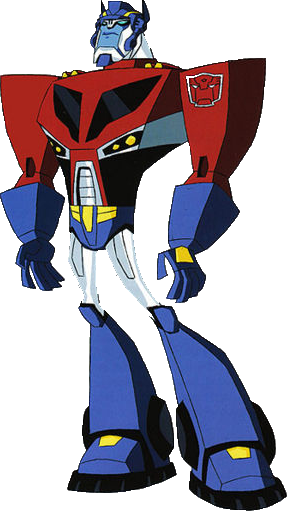 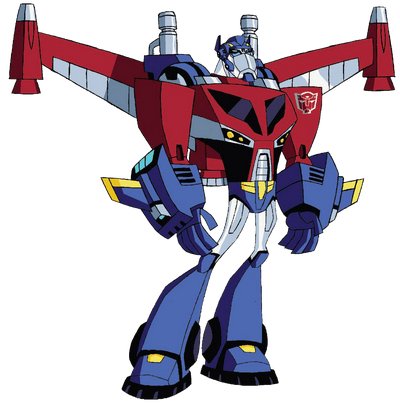 Optimus Prime is the leader of a space bridge repair team that gets involved in the war when Megatron's troops target them. After a fight they crash land on Earth and wake up 50 years later, they decide to stay on the planet to protect it from the Decepticons.

Attack Potency: Large Mountain level (Has fought and has defeated Starscream, managed to break the hull of Omega Supreme who tanked attacks from Starscream and his clones, Blitzwing and Lungnut) | Island level (Able to contend with Megatron)

Speed: Superhuman with Hypersonic+ reactions (Can react to explosions and fight off other Decepticons)

Lifting Strength: At least Class 5 (Picked up Bulkhead and can lift cars or large pierces of debris with ease) | At least Class 25 (Could physically contend with Megatron)

Range: Melee, several yards with his cable and his mass

Standard Equipment: His axe, his cable gun, his gun that allows him to shoot that rapidly solidifying mass | Same as before plus Ultra Magnus' hammer and a jetpack

Keys: Base | With Ultra Magnus' hammer and jetpack