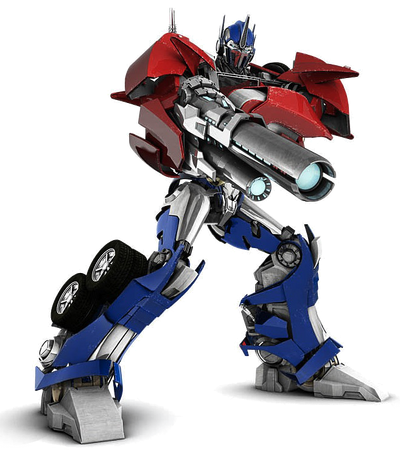 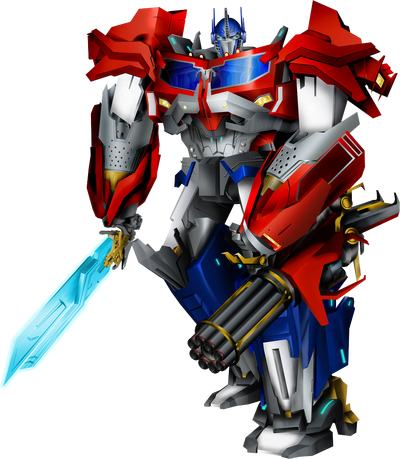 Optimus Prime, formerly Orion Pax, is the leader of the Autobots and of Team Prime. He was originally a data clerk on Cybertron and was mentored by Megatronus (later Megatron). He was chosen by the High Council of Cybertron to become the next Prime. When his former friend, Megatron, was denied the title of a Prime, he waged war on the rest of Cybertron alongside his followers, the Decepticons. Orion Pax was granted the Matrix of Leadership by Primus, making him Optimus Prime, who vowed to stop Megatron and the Decepticons.

Age: Millions of years old at the very least

Classification: Cybertronian, Leader of the Autobots

Attack Potency: Large Building level (Comparable to Soundwave and Megatron, albeit weaker than the former, has both lost and won fights to the latter. Has fought hoards of Vehicons, Terrocons and incarnations of Unicron) | At least Large Building level+, likely higher (Soundly defeated Megatron in Rebellion, fought Predaking [the most powerful living Cybertronian in the series aside from Primus and Unicron] and the upgraded Megatron, who defeated Predaking, more powerful than his former self. Lost and won battles against Soundwave) | Likely Planet level (The Star Saber is comparable to the Dark Star Saber which was stated by Megatron to be powerful enough to "tear this world [Earth] apart")

Durability: Large Building level (Survived every fight with Megatron, who did this in a single punch) | At least Large Building level+, likely higher (More powerful and durable than his former form, comparable to Soundwave and superior to Megatron, easily defeating the latter, while both losing and winning separate aerial battles with the former)

Stamina: High (Kept up with Megatron)

Intelligence: Genius (An experienced strategist, military leader, politician, warrior and data clerk with millions of years of experience. Was the only one besides Soundwave that could decrypt the ancient Iaconian signals)