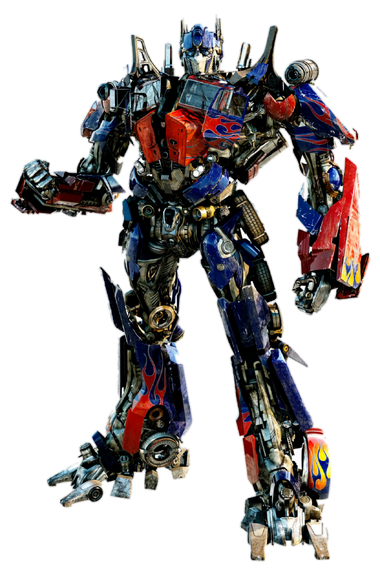 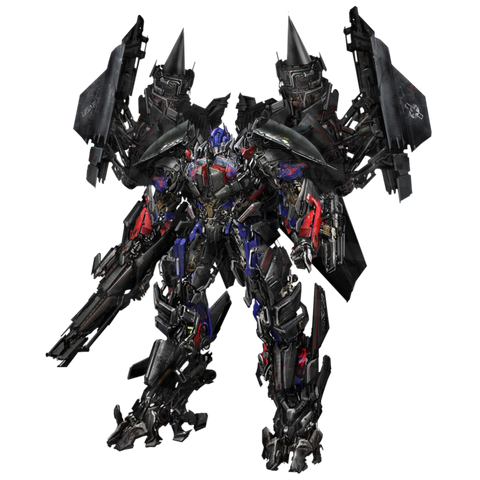 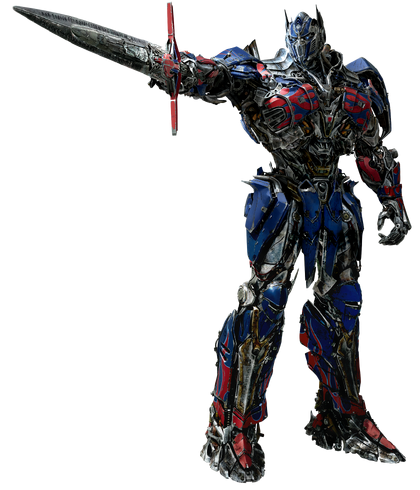 Optimus Prime was the head of the Science Division, ruling Cybertron alongside his brother-in-arms Megatron. When Megatron was corrupted by The Fallen and tried to claim the AllSpark, forming the Decepticons, Optimus formed the Autobots to stop him.

Age: At least a thousand years old (He is as old as Megatron)

Powers and Abilities: Superhuman Physical Characteristics, Martial Arts, Weapon Mastery (In both firearms and close combat weapons), Transformation (Can transform into a truck), Flight (Optimus is occasionally seen wearing a jetpack. In addition to this, he can fly at will after Age of Extinction), Regeneration (High-Low), Weapon Creation (Optimus can extend swords from his wrists at will), Self-Sustenance (Types 1 and 3), Explosion Manipulation (With his grenade launcher)

Attack Potency: Multi-City Block level (Should scale to his durability, can trade blows with other Cybertronians that can survive re-entry)

Speed: Subsonic (Can outrun a car. On par with Bumblebee). Supersonic with Jetfire's parts (Made a sonic boom. Faster than most aircraft). Hypersonic+ to Massively Hypersonic+ with Jets (Flew into space in a short timeframe during Age of Extinction, and perhaps for several months in The Last Knight)

Lifting Strength: At least Class K (Superior to Ratchet and Bumblebee. Also held his own against Megatron)

Striking Strength: Multi-City Block Class (He can destroy buildings and damage other Cybertronians with physical blows)

Transformers 3 Optimus Prime Rage
Optimus Prime launches an attack on a squadron of Decepticons, killing them gracefully as advances towards Shockwave
Add a photo to this gallery