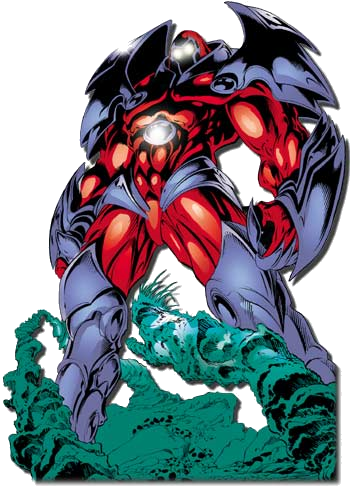 Onslaught is a psionic entity formed from Charles Xavier's pent up frustration towards the advancement of mutant equality and Magneto's lust for vengeance against humanity. Sharing the intelligence and powers of both of its constituent consciousnesses, it proves to be one of the mightiest foes the X-Men have ever faced.

Attack Potency: Solar System level (Defeated the Juggernaut with one punch, and also managed to skewer him without any trouble) | Solar System level (Created a second sun, drew upon the powers of Franklin Richards and stood up to an absolutely berserk Hulk)

Intelligence: Supergenius (A combination of both Charles Xavier and Magneto's intelligence)