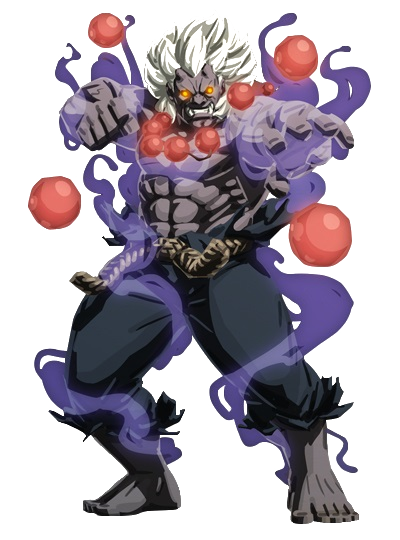 Oni (鬼, Ogre), is a hypothetical character transformation from the Street Fighter series, first appearing in Super Street Fighter IV: Arcade Edition as an unlockable boss. This is the state Akuma takes when he has become one with the Satsui no Hado entirely, completely sacrificing any humanity he had left for ultimate destructive power.

Classification: Demon, Embodiment of the Satsui no Hado

Attack Potency: At least Large Mountain level+ (Should be superior to Shin Akuma due to fully merging with the Satsui no Hado; can do this)

Speed: Massively Hypersonic+ (Should be comparable to Shin Akuma)

Stamina: At least Very High (Should be superior to Shin Akuma, likely never tires as he is the living embodiment of murderous intent and combat)

Range: Standard melee range, up to tens of kilometers with projectiles

Intelligence: Unknown, likely Gifted (Still gifted in the arts of combat, but he is also overcome with madness) 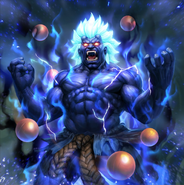 Alexey Gorbatov
Add a photo to this gallery