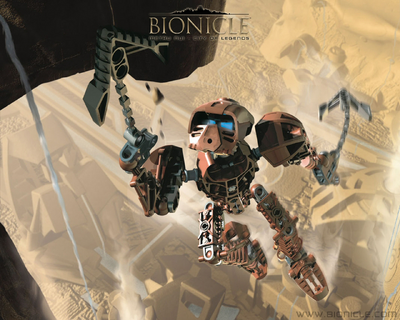 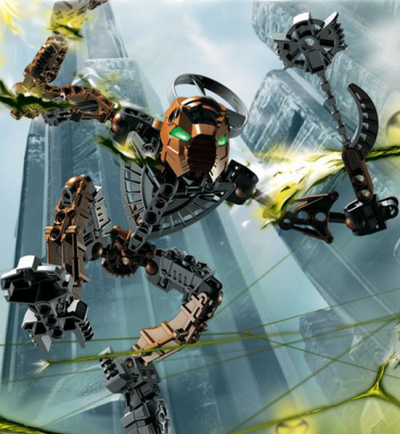 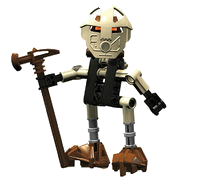 Toa Onewa is a member of the Toa Metru (briefly the Toa Hordika), and a former Stone Carver. After he fulfilled his destiny, he became the Turaga of Stone. Onewa is, while very pessimistic, impulsive, and short-tempered, very courageous.

Powers and Abilities: Superhuman Physical Characteristics, Stone Manipulation and Absorption, Fusionism (Can fuse with other Toa of different elements), Limited Telepathy (Can form mental links with other beings and share the things they see), Sealing (By combining his element with the different elements of five other Toa at once, Onewa can encase an opponent in a cage of Protodermis), Mind Manipulation with Komau, Invisibility with Huna, Translation with Rau, Illusion Creation and Shapeshifting with Mahiki, Telekinesis with Matatu, Longevity, Regeneration (High-Low; Toa can regenerate the biological portions of their body and reattach lost limbs)

Attack Potency: City level+ (Comparable to other Toa, such as Pohatu Nuva, who reduced Odina Fortress to dust, even if somewhat weaker), Island level with Nova Blast (Far superior to his normal attacks and capable of leveling Metru Nui).

Speed: Massively Hypersonic+ (Comparable to other Toa, who can fight with Avohkah, lightning-based Rahi that possess the properties of lightning and were mistaken for lightning bolts, as well as Bohrok-kal, Rahkshi, and Makuta who can manipulate electricity), possibly Relativistic (The Toa Inika could react to and dodge Umbra in his light form).

Stamina: Extremely high. The Toa Mangai were capable of fighting against the Kanohi Dragon for an entire month.

Range: Extended melee range, Kilometers with abilities (His range should be comparable to Pohatu's, who destroyed the massive Odina Fortress with a single timed Stone Blast), Tens of Kilometers with Nova Blast

Standard Equipment: As a Toa Metru, he used a pair of Proto Pitons, tools similar to Pickaxes. As a Toa Hordika, he used a Rhotuka Launcher and a Combat Staff.

Intelligence: Onewa is a skilled and experienced warrior.

Weaknesses: Onewa is weakened without his Kanohi. As a Toa Hordika, Onewa can only utilize his elemental power through his Rhotuka, loses access to his Kanohi, and becomes short-tempered and impulsive. Using a Nova Blast drains his powers and leaves him incapable of using his elemental powers for a few days.

Note: The statistics on this profile refer to Onewa's power as a Toa, not a Turaga.

Toa of Stone: Onewa is a Toa of Stone, giving him the ability to manipulate stone and rock as he pleases, and he can even absorb it. He can shatter stone easily, manipulate it on a molecular level, and throw stones at his enemies with great force.

Retrieved from "https://vsbattles.fandom.com/wiki/Onewa?oldid=5735808"
Community content is available under CC-BY-SA unless otherwise noted.