VS Battles Wiki
Register
Don't have an account?
Sign In
Advertisement
in: Verses, One-Punch Man, Madhouse,
and 5 more 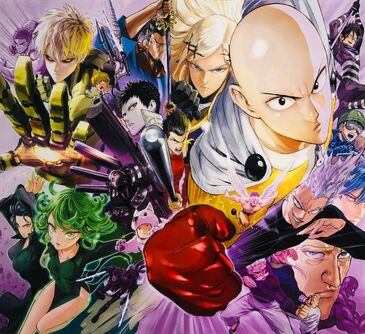 For detailed information about this series, visit the One-Punch Man Wiki.

One-Punch Man follows the life of an average hero who manages to win all of his battles with only one punch! This ends up being the cause of a lot of frustration as he no longer feels the thrill and adrenaline of fighting a tough battle. Maybe all of his rigorous training to become strong wasn't worth it. After all, what's so good about having overwhelming power?

One-Punch Man is a fairly strong verse. The weakest characters, mainly C-Class, B-Class and A-Class heroes, as well as Threat level Wolf, Tiger and weakest Demon Monsters , are mostly in Tier 9 to Tier 8. The most relevant characters are around Tier 7, ranging from Small Town level to City level. Even stronger fighters are easily at Tier 5, with characters such as Lord Boros claiming that he would have destroyed the earth's surface in the manga, which the manga guide supported, as well as characters such as Psykorochi easily accomplishing feats such as this and Orochi, who is weaker than the latter two, pulling energy from the Earth's core. A good number of Heroes/Monsters are also High Hypersonic to Massively Hypersonic with the top-class Heroes/Monsters being Massively Hypersonic+ to Relativistic. Also, the divine layer, where they climb to Relativistic+ to FTL.

Dragon or Above Level 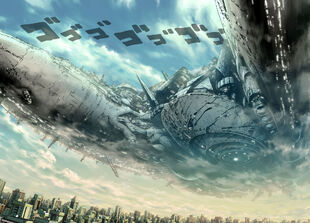