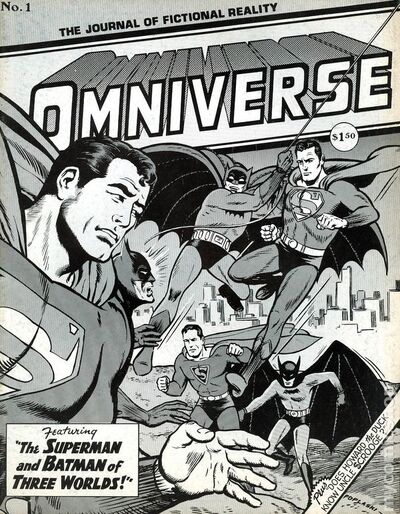 On this wiki, we do not use the term "Omniverse" anymore because no source seems to agree on what it is.

1) The Marvel handbook defines it as all of fiction and reality combined. If this is the definition, then no fictional character can logically reach this high, as each supposedly "omnipotent" fictional entity only has influence over its own fictional continuity. Their reach stops with the copyrights for the franchise, and they certainly have no influence over our reality outside of fiction.

2) Other definitions of omniverse include the one given in Mark Gruenwald's Quasar series, as an infinite collection of multiverses. Given that Mark was likely the one who originally came up with the term "omniverse" in the first place, this is also certainly a very relevant definition.

As an extra contradiction, the Marvel handbook has apparently also embraced this version of the definition on occasion.

Also, in recent comicbooks by the writer Al Ewing, Kevin Brashear, and later the superhero group the Ultimates travel outside of the Omniverse, and it seems to be used as a synonym for the regular multiverse, so Marvel does not currently treat the concept as absolute.

3) In addition, the Merriam-Webster dictionary defines an omniverse as a 7-dimensional universe (3 spatial and 4 temporal dimensions), and Wiktionary defines it as a collection of universes.

Meaning: Alternative #1 means that an omniverse is too great a term to use to classify any character, whereas the other options mean that it is far too small to define the greatest ones.

Retrieved from "https://vsbattles.fandom.com/wiki/Omniverse?oldid=6476399"
Community content is available under CC-BY-SA unless otherwise noted.