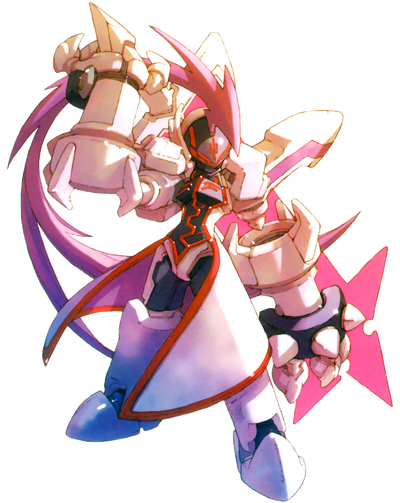 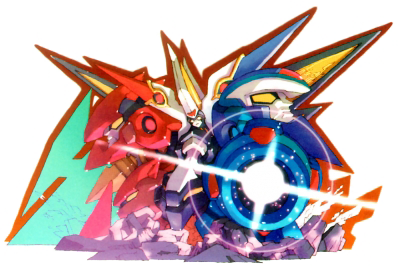 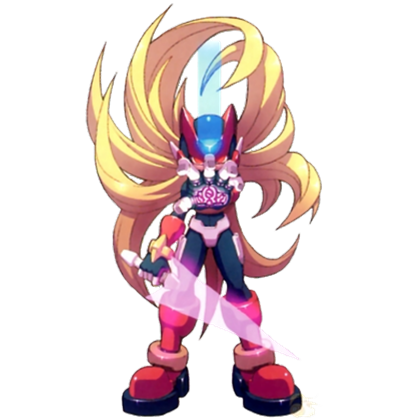 After Zero had sealed himself away so the Maverick Virus within him could be reverse engineered to create a cure, weapon researcher Dr. Weil felt unsatisfied with the ending of the Maverick Wars and considered the surviving Reploids to be a threat due to their free will. As a result, he stole Zero's original body and the Mother Elf and began concocting Project Elpis, a plan to not only subjugate all Reploids with a perfect ruler of his own creation but make himself king of the world. Omega is the final fruit of these efforts, a malicious being with a god complex that was absolutely loyal to Weil and possessed the full power of the legendary Zero. He slaughtered all of Weil's enemies with glee, requiring the full might of the forces of Neo Arcadia to bring him down, after which he was ejected into space and forgotten until the events of the third game, where his pod crashed into the Tundra and was retrieved by Weil, causing Zero no end of trouble until their final climactic battle where he forced Zero to fight his greatest enemy: himself.

Age: At least a hundred years old (One of the instigators of the Elf Wars)

Stamina: Limitless (As a robot he does not fatigue)

Intelligence: An absolutely bloodthirsty Reploid with a god complex, Omega is a terrifying combatant in both melee and ranged combat, easily overwhelming two members of the Guardians with little effort and was able to fight X, Zero, and Axl simultaneously, albeit while X did not have the Mother Elf equipped. In his true form, he has all of Zero's skills at his peak, overwhelming foes with powerful energy attacks along with devastating flurries of beam saber attacks.

Weaknesses: He is arrogant to the point of having a god complex. However, he is bound to Weil's commands and will only act as he's ordered to.

Note: Model OX has displayed most of his abilities with some exceptions (Most notably the use of elemental attributes not present in the Mega Man Zero version and the use of Rekkoha), so it's uncertain if its abilities should be applied to a canon profile since the Model was never referenced again after the first Mega Man ZX game.

Broly (Toei Dragon Ball) Broly's Profile (Omega was pit against Base Broly, and speed was equalized)