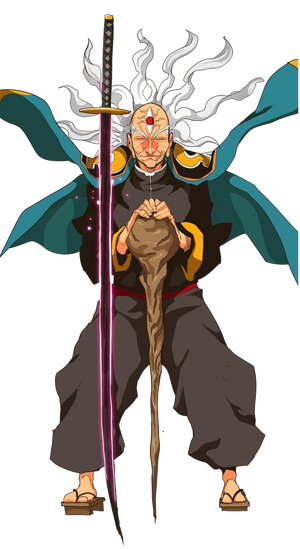 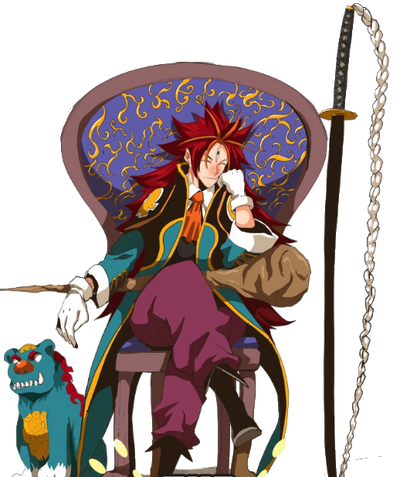 The King, also known as the Jade Emperor (Okhwang in Korean), is the main antagonist of The God of High School from chapter 3 onwards, and is the leader of Nox, a mysterious organization that enforces the cosmic hierarchy. He is an ancient deity that has existed for ages and rules the Heavenly Realm but descended into the mortal realm to monitor the collection of life energy from humans, which the gods use to extend their already considerable lifespans. However, his current body is deteriorating quickly and has been investing much of his time and power into creating the ideal successor (Dante).

Powers and Abilities: Superhuman Physical Characteristics, Telepathy, Telekinesis (choked King Uma remotely from distance ), Master Hand-to-Hand Combatant and Swordsman, Self-Sustenance (Type 1), Power Mimicry (Copied Jeahbongchim Acupuncture from Mori Hui after the latter demonstrated it on him), Accelerated Development (Learnt how to use Re-Taekwondo techniques after seeing it performed by Hui Mo-Ri), Reactive Power Level (Re-Taekwondo has been stated to be a martial art that changes power levels), Statistics Amplification, Reduction, Healing and Healing Negation via Acupuncture and Pressure Points, Energy Blasts, Soul Absorption, Resurrection of the dead (through Energy Stones), Can empower others, Spaceflight, Physics Manipulation (Can control the fundamental forces of physics, such as Gravity, Magnetism, Electricity, Strong Force and Weak Force, Acceleration, Inertia, Friction e.t.c.), Portal Creation, Immortality (Type 1 and 6), Possession (Stole Dante's body for his own), Limited Spatial Manipulation, Attack Reflection (Can bend space using gravity to reflect back damage towards opponent), Durability Negation with Weak Force (Can manipulate force on subatomic levels to damage opponents), Non-Physical Interaction (Dragged the ghost of King Uma and separated her from Seung-Chul), Extrasensory Perception (Could sense Ilpyo from an entire solar system away), Teleportation with the Cane of the Sage, Resistance to harsh temperatures (Fought Ilpyo and Mori in the vacuum of space), Can't be harmed by humans naturally (The Taboo placed on humans prevented them from harming divine entities without the use of martial arts)

Attack Potency: At least Small Star level (Fought both Ilpyo Park and Mori Jin, and easily dealt with them both. Should at least be strong enough to perform this feat, as a weaker Daewi Han with only half of Okhwang's power could do it), higher with Re-Taekwondo | At least Large Star level (Was beating Mori Hui even after the latter was boosted by several of his allies. He was only beaten after Mori Hui got the original Yeoui, and Okhwang had his power sealed by the Holy Grail), higher with the Blade of Tathagata, higher with Re-Taekwondo, higher with Jeahbongchim Acupuncture | At least Large Star level (In his prime, he effortlessly defeated the Monkey King and his army of 12 billion. In addition, the Dante body he possessed was poisoned, and he was not fighting at full power the entire time, making his prime state much stronger)

Lifting Strength: At least Class Y via power-scaling (Can lift the Ruyi Jingu with the help of his Gravity Manipulation abilities)

Durability: Small Star level (Tanked the collision of two planets without injury, can effortlessly take blows from Mori Jin, and withstand the force of Re-Taekwondo techniques with little drawback) | At least Large Star level (Can withstand the force of his own strikes, wears the same Robe of the Sage as Daewi Han which was able to withstand the combined attacks of several Gods such as Uriel), higher with the Blade of Tathagata, higher with Jeahbongchim Acupuncture | At least Large Star level

Stamina: High, although weakened in his old age, he is still able to keep up with other gods like Mori Jin in combat for extended periods of time, but doing so strains his health

Range: Extended melee range with his cane, Several hundred kilometers with the Sword of Tathagata (a single swing cut all the way from Seoul to Seogwipo Island, which is 481km away, Several AU with telekinesis (pulled planets across a solar system)

Intelligence: The King, having lived for countless years, is immensely powerful and skilled combatant, managing to defeat the likes of the Monkey King, King Uma, and the Nine-Tailed Guardian in quick succession despite his old age. He is a master of hand-to-hand combatant and is an incredibly skilled swordsman, maintaining a surprisingly amount of agility despite his old age and clashing furiously with Mori Jin in melee combat. He is also a master manipulator, having orchestrated the events of the series for centuries and managing to sway Mori Hui, Mori Jin's clone to his side until the death of Daewi Han.

Weaknesses: His current mortal body is aging and deteriorating at a very rapid rate; he is nowhere near his full power and has low levels of stamina, this weakness is abolished when he transfers into Dante. He's somewhat overconfident at times and is prone to tunnel vision

Fundamental Forces Manipulation: The King is able to manipulate the four fundamental forces that govern the universe. He can use them to replicate and manipulate virtually every naturally occurring phenomena on Earth.

Key: Base | With Dante's Body | Prime

The King: Throwing a Planet 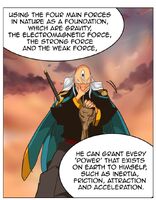 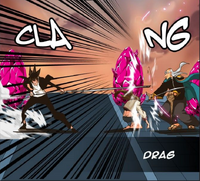 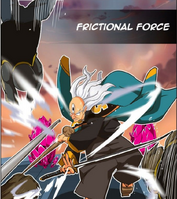 The King manipulating Frictional Forces to toss off attackers 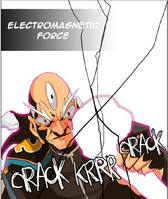