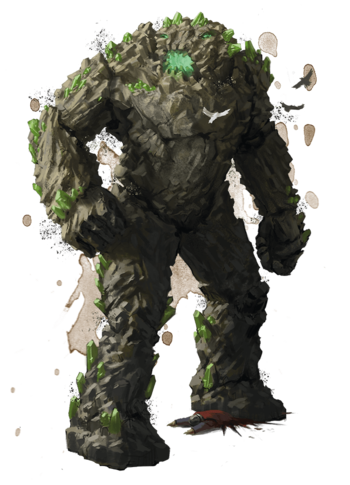 Ogrémoch is a powerful Earth elemental and the prince of the evil earthen beings. He was an obscure and wary being, claiming all treasures beneath the crust of the world as his kingdom. Few could claim to have seen the reclusive mountain.

Ogrémoch possessed a fortress in his elemental plane, and lined the fortress with the corpses of his still-living enemies, suggesting some form of necromantic capability.

Name: Ogrémoch, Tyrant of the Black Earth, Mountain of Doom, Prince of Evil Earth, The Mountain that Walks

Attack Potency: At least Island level+ (Comparable to Imix, who could passively cause whatever terrain he was in to become a desert)

Weaknesses: The Type 9 of creatures of other planar creatures is rarely combat applicable, as death outside of their plane often results in 100 years of banishment. 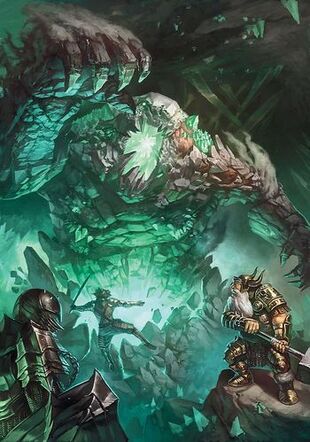 Ogrémoch as he appears in Monster Manual 3, 4th edition 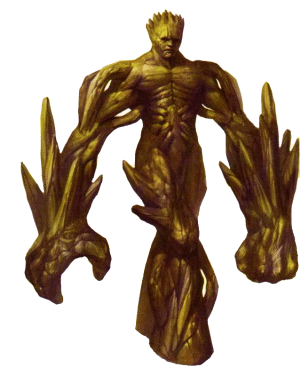