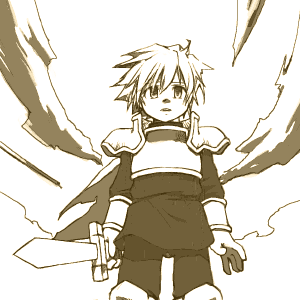 Oersted is one of the many playable characters in Live-a-Live, and the main protagonist in his chapter, and the penultimate chapter, King of Demons. He was a loyal knight who served Lucretia and its people, inspiring hope with his heroic deeds. Oersted is a very talented, powerful and agile knight with sharp blonde hair and a full set of bronze/dark blue armour. Being a typical knight, Oersted fights primarily with his sword, but can also use energy and wind based attacks in order to fight at range.

During the beginning of the chapter, he takes part in the Lucretia Battle Tournament along with many other warriors, and defeats his long-time ally and mage Straybow in the finals in order to wed Princess Alicia. However, that same night, when Alicia and Oersted are talking on the castle balcony, they are attacked by demons who kidnap the princess and take her all the way to the top of Devil's Peak. Oersted sets off to reunite the heroes that once slew the Demon King in order to save Alicia. With their help, and the help of Straybow, they are able to scale the eastern mountain and defeat the Demon Lord inside. 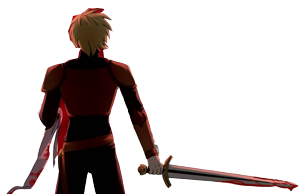 As soon as Oersted, aided by Straybow, Hash and Uranus, defeat the demon, Hash falls victim to the plague, dying inside Devil's Peak. Straybow, who took this time to realise the secret of the mountain, takes the opportunity to cave the room in and fake his own death in order to escape deeper into the mountain. Through a series of unfortunate events, which include Oersted being tricked into killing his own King, Oersted is turned on by the people of Lucretia that he once swore to protect and exiled.

Remembering Hash's words, and Alicia's own promise, he goes to climb Devil's Peak once again to save Alicia, who he thought was the one person who still believed in him. However, Oersted finds out that Straybow had plotted Oersted's demise due to his jealousy and contempt of living in Oersted's shadow. They fight, and Oersted easily slays his best friend, Straybow, causing Alicia to come out of hiding. Even she has turned on Oersted, being manipulated by Straybow, and takes her own life after Oersted kills Straybow. This leaves Oersted without anywhere to go and without anyone to believe in him. So instead he gives into his hatred and becomes Odio, the King of Demons, and due to his hatred, he sets out on awakening the seven stone statues, reincarnating Odio in other timelines in order to punish humanity for what they did to him in his own timeline. 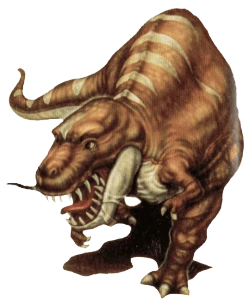 O-D-O is the last boss fought in Pogo's chapter, Contact. It is one of the last living dinosaurs and is treated like a deity by the Ku tribe, who sacrifice humans to it presumably in order to satisfy it. It is shown to be incredibly strong and large, towering over Pogo and eating the Ku tribe leader in a single bite. Only with the combined efforts of Gori, Pogo, Bel and Zaki was this beast able to be defeated. 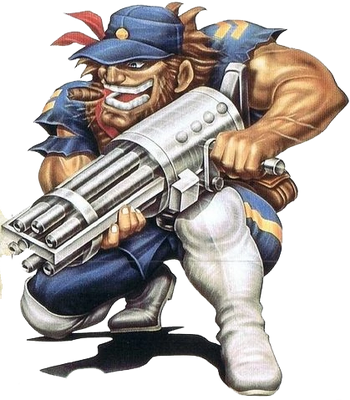 O. Dio is the last boss fought in Sundown's chapter, Wandering. He is the leader of the criminal gang called the Crazy Bunch, which has made a name for itself by terrorising small towns such as Success Town. O. Dio is a large, well-built man who wields a massive, powerful gatling gun. He and his gang were finally stopped with the combined efforts of Mad Dog, the Sundown Kid and the townspeople, after which it was revealed that O. Dio was actually the last horse in the 7th cavalry division, turned into a human through its desire for vengeance. 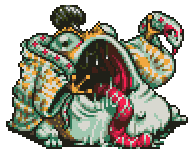 Ode Iou is the last boss fought in Oboro's chapter, Secret Orders. He is shown to be a ruthless warlord who wants nothing more than to control Japan and keep it engulfed in war. Anyone who is a potential threat to his regime, he tries to capture or get rid of as soon as he can, even sending his own loyal soldiers to die just so he can escape. Ode Iou is so obsessed with power that he sold his own soul in order to be able to become the Frogsnake Demon, a venomous and extremely powerful monster. 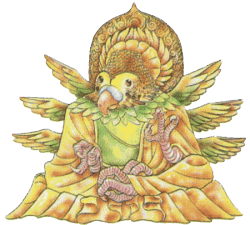 Master Odeo, also known as the Great Inko Buddha statue or simply 'Odeo', is the last boss fought in Akira's chapter, Flow. It appears to be a massive yellow bird with six wings and a golden silky robe. Not much is known about it, other than the fact that it is large, extremely powerful and fueled by the hatred of 2000 liquefied humans. It was so powerful that Akira needed to pilot Buriki Daioh in order to fight it.

Odie Oldbright is the last boss/opponent fought in Masaru's chapter, The Strongest. He is a large, muscular man that appears to be lightly armoured and tattooed. He is incredibly strong, but also very ruthless and arrogant, bragging to Masaru about how he contorted his opponent's limbs and later killed them. Similarly to Odi Wang Lee, he believes that to become the strongest there is, you need to be capable of mercilessly dominating and killing your foes. This angers Masaru upon hearing this, to the point where they both fight each other to the death. 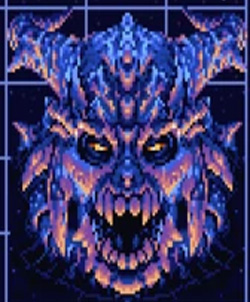 OD-10 is the last (and only) opponent fought in Cube's chapter, Mechanical Heart. She was built and designed to maintain harmony as the mother computer of the spaceship Cogito Ergosum. All ship functions are controlled by the mother computer. However, when she saw what humans were like, she began to kill each crew member off, one by one, in order to maintain harmony aboard the ship by taking over the ship's functions and releasing a powerful monster called the Behemoth. Cube was transported into the Captain Square game in order to calm OD-10 down so that the ship could properly function once again. 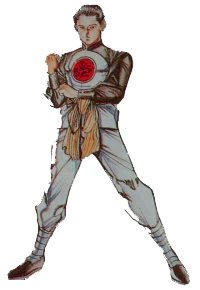 Attack Potency: At least Large Building level+ (Nuggiebears, who are random encounters, are around 4x the size of humans and can cause large avalanches, which Oersted can tank. Superior to Straybow who caused the collapse of a mountain roof and tanked it. Can kill several armed guards with ease) | At least Town level (Pure Odio should be superior to its other incarnations, such as Master Odeo who fought evenly against Buriki Daioh. Caused an entire mountain to shake simply by powering up, slaughtered the entire population of Lucretia and fought four of the heroes at once), likely higher. Low Multiversal via Armageddon (Destroyed seven timelines at once). Can negate durability in numerous ways.

Speed: Massively Hypersonic+ (Can fight with Straybow, and is capable of dodging his lightning-based attacks) | At least Relativistic (Immensely superior to before, fought against heroes such as Cube who can attack using real light) with Speed of Light attack speed (Upscaling from OD-10, who utilises data based attacks), Omnipresent in its true form (Odio is stated to exist in all places, at all times, as the concept of hatred)

Durability: At least Large Building level+ (Can take attacks from Straybow) | At least Town Class, likely higher (Can take hits from each of the four heroes, who are well above random encounters who can cause damaging earthquakes). Invulnerability, Abstract Existence and Omnipresence make him hard to kill

Stamina: High (Escaped arrest, defeated the Lucretia guard, climbed two mountains and defeated Straybow, who is comparable in strength to Oersted, all while emotionally weakened) | Limitless

Range: Standard melee range, several dozens of meters with his techniques | Low Multiversal (Communicated telepathically with heroes in seven different timelines, teleported them to and from his own timeline, causes darkness in other timelines and Armageddon is capable of affecting multiple space-time continuums at once, wiping them out.

Intelligence: High. Oersted was a skilled knight, who was superior to every other fighter in Lucretia, capable of effortlessly slaying multiple trained guards at once. As Odio, he seems to have in-depth knowledge of humanity's actions as well as all eight timelines, and fought four heroes at once, including the Sundown Kid who is the best shot in the west, Oboro-maru who is a highly skilled shinobi and Cube, a hyper intelligent robot.

Weaknesses: Oersted's most powerful moves take a few seconds to charge, otherwise none notable | Many of Odio's incarnations are arrogant and/or are concerned with raw power over technique. Oersted is mentally unstable. None notable for Odio's true form.

Oersted can hold up to 99 of any of these items.

These are all the moves exclusive to Odio. Odio also has access to the abilities in every single other tabber bar the optional equipment tab.