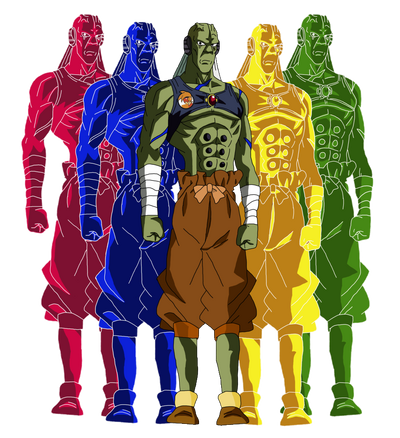 Obuni is one of the 10 fighters representing Universe 10 in the Tournament of Power.

Powers and Abilities: Superhuman Physical Characteristics, Acrobatics, Martial Arts Mastery, Ki Manipulation (Can be used defensively and offensively, to strengthen his skin or to fire ki blasts, which can home in on targets, and form defensive barriers), Afterimage Creation, Ki Sensing, Can possibly create dimensional rifts and destroy space-time and pocket dimensions with his energy via powerscaling

Attack Potency: Universe level (Obuni was able to hurt and keep up with Gohan's Ultimate form)

Stamina: High, but his feints are extremely taxing on his stamina (to the point that he could only use them for several seconds)

Intelligence: Obuni is able to use his feints to great effect and leaves little to no openings.