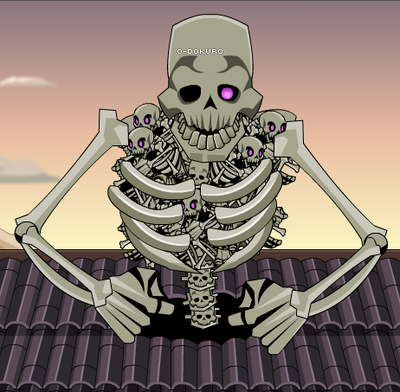 O-Dokuro is an ancient Yokai spirit imprisoned in the Yokai world. He was summoned by the Chaos Lord Kitsune as the Fourth Chaos Beast to wipe out humans from the Yokai Island.

Attack Potency: Unknown (Has the power to terrorize Yokai Island which is the equivalence of Japan)

Stamina: Limitless due to being undead

Retrieved from "https://vsbattles.fandom.com/wiki/O-Dokuro?oldid=5386451"
Community content is available under CC-BY-SA unless otherwise noted.