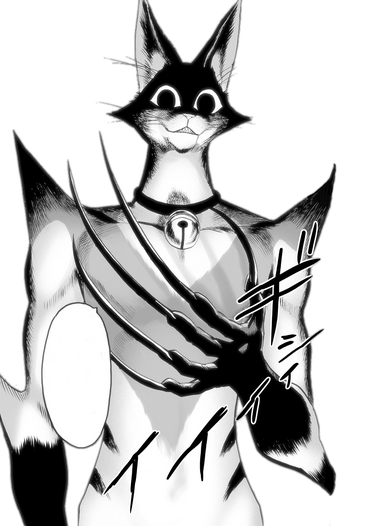 Nyan is a Dragon level Mysterious Being and a cadre of the Monster Association. He is a former housecat who turned into a monster after receiving too much-unwanted love and attention from his owner.

Speed: At least Massively Hypersonic (Attacked Pri-Pri-Prisoner before the hero could react. Effortlessly outsped more than a dozen A, B, & C-Class heroes)

Lifting Strength: At least Class 25 (Should not be weaker than the tiger class seafolk who can casually lift a trailer truck)

Weaknesses: Is afraid of being shown affection.

Start a Discussion Discussions about Nyan (One Punch Man)