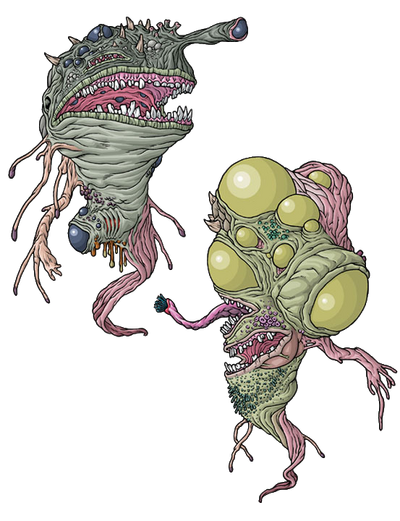 Nug and Yeb are two twins Great Old Ones, born from the union of Yog-Sothoth and Shub-Niggurath and presumably the parents of Cthulhu.

Age: At least Vingtillions of years (Far older than Cthulhu), possibly beyond time itself

Speed: Unknown. At least Massively FTL+ (Superior to Cthulhu), likely far higher (Likely exist beyond the concept of dimensions like the higher Great Old Ones)

Durability: Unknown. Their compositions as Great Old Ones makes them very hard to kill

Intelligence: Nigh-Omniscient (They know everything that transpires in the universe)

Note: It has been decided that the High 4-C Rating for Great Old ones is invalid due to being a semantic misinterpretation. More can be explained here.