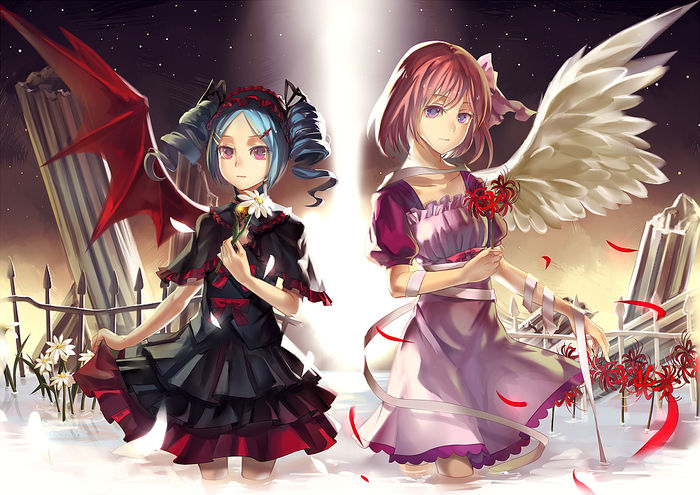 A faraway island that has been forgotten by the rest of the world for decades had itself turned upside down, and peaceful life on it came to and end because of a series of brutal murders that had happened, getting even the protagonist, Asakawa Yuhito's childhood sweetheart killed. Can he find the real killer, and the deep dark secret behind the most powerful two families which governed the small island for times since immemorial?

Unknown. There is a multiverse of timelines plus an external metaphysical dimension with a complicated multilevel structure, but those who can manage it all, the so-called "Dominators", are not disclosed, and are unlikely to be disclosed in the future.

This metaphysical world, known as "Paradise of Illusions", has more dimensions than the usual 3D world (at least 6 dimensions).

A usual human soul is able to create a huge world with an ocean of stars. And a usual devil is able to erase this soul with ease.