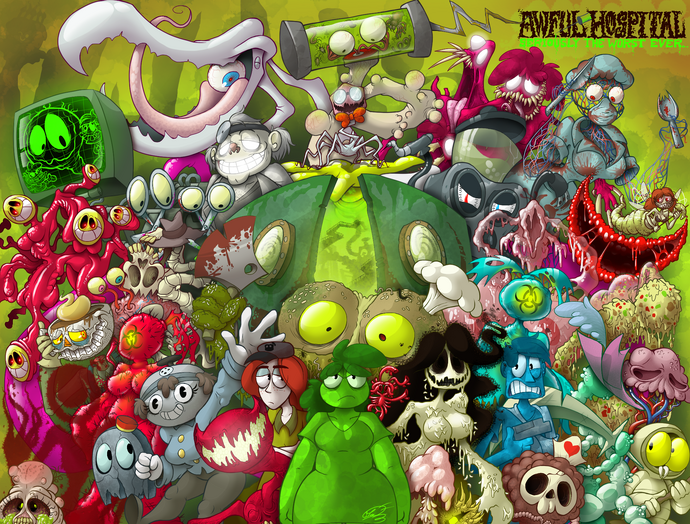 For detailed information about this series, visit the Noisy Tenant Wiki.

Noisy Tenant is the name of the expanded universe and setting created by Jonathan Wojcik, with its most notable story being Awful Hospital: Seriously the Worst Ever. The plot revolves around a mother trapped in the Hospital, an alternate and much different zone based on the concept of hospitals and medicine. There, she begins searching for her incredibly ill son.

The universe of Noisy Tenant is made of infinite zones, each one with an infinite amount of layers, separated by a probably similarly infinite void known as the Abyss. The god tiers of the verse possibly reach up to 2-A, as the "Birthday Cake" being ultimately responsible for the creation of everything else, including all zones and all layers, which includes vastly more than eighty dimensions. Most characters are unknown due to their conceptual existence and lack of feats. Virtually every character has immensely powerful conceptual manipulation and regeneration, allowing them to survive as long as the concept of them continues to exist and their conceptual core can still perceive and be perceived.