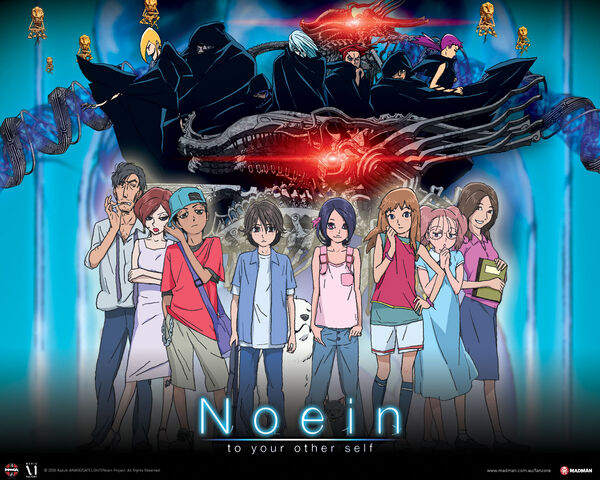 Noein (or Noein: To Your Other Self ) is a 24 episode science fiction anime create by Kazuki Akane & Hiroshi and produced by Satelight. 15 years in the future, a great inter-dimensional war is being fought between the forces of La'cryma and Shangri La. The eltie Dragon Kights of La'cryma are sent back in time to find the mysterious Dragon Torc, the only thing capable of stopping Shangri La from destroying all reality. The Dragon Torque is Haruka Kaminogi, a seemingly ordinary 12-year old girl.

Noein is a very powerful verse, with multiversal reality warpers such as Noein and Haruka. Even weaker characters such as the Dragon Knights are hax, being able to manipulate time and become intangible.