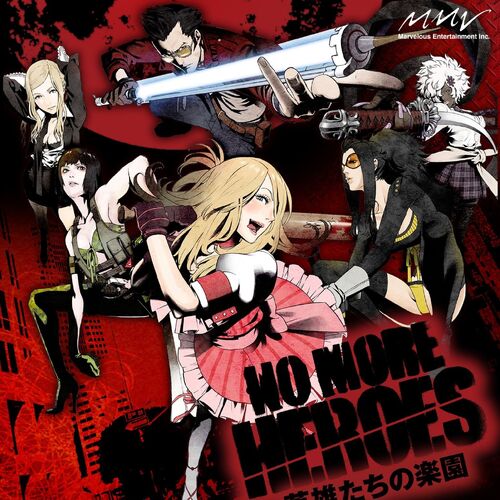 For detailed information about the series, see: No More Heroes Wiki.

No More Heroes is an action-adventure hack and slash video game for the Wii. It was directed by Goichi Suda (known by the nickname Suda51), developed by Grasshopper Manufacture and published by Marvelous Entertainment, Ubisoft and Rising Star Games. The title comes from the album title No More Heroes which was released by the British punk band The Stranglers. A sequel, No More Heroes 2: Desperate Struggle, was first released in North America on January 26, 2010.

Despite being Assassins, the combatants of the No More Heroes Verse can pack a punch powerful enough to destroy buildings to even towns. From Beam Katanas to giant robots and laser cannons, the Assassins of the UAA (United Assassins Association) bring plenty of punishment to the table.

There's also an undead pyromaniac, a guy who got turned into two cyborgs, and a villain who turns into a giant Parade Float.

Start a Discussion Discussions about No More Heroes