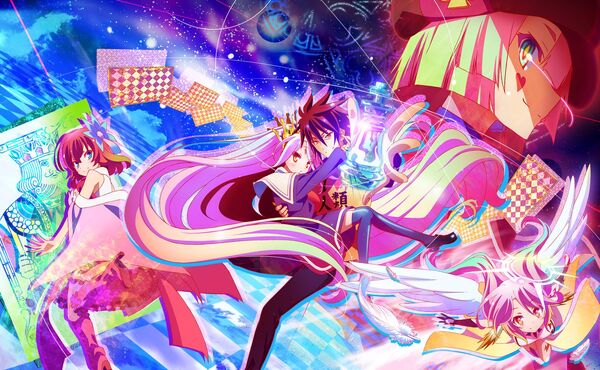 For more information about this series, please visit the No Game No Life wiki.

No Game No Life is a light novel series by Yuu Kamiya. The series follows the adventures of step siblings Sora and Shiro as they get summoned by a God named Tet to an alternate world where everything is decided by games.

Due to the nature of this series, it is hard to estimate the exact limits of most characters, as true feats are scarce. "The Exceed" refer to the 16 sentient races of Disboard to whom the "Ten Pledges" apply to. They are ranked based on their affinity to magic. The power difference between the top 6 and the rest of the 10 races is astronomical.

Even Jibril, a Flügel (6th Rank), can tank attacks that could "alter the shape of stars". Despite this, Jibril noted that it would take at least 200 Flügel to challenge a single god (Old Deus 1st Rank), and even then, the chance of failure is still very high.

This verse is decently fast with even Flügels having at least massively hypersonic to infinite speed, and characters higher in rank are faster by an undetermined amount. Being a verse involving magic, there is hax in this series, such as Reality Warping, Illusion Creation, Spatial Manipulation, Summoning, Law Manipulation, Life Manipulation, Time Manipulation, Abstract Existence, Conceptual Manipulation, Nigh-Omniscience, etc.

Finally, at the peak of this verse's hierarchy, sits Tet, also known as "The One True God". Surpassing all other Old Deus and Holou, who is 13-dimensional, places him as the strongest character in the series, and presumably the one with the most magical aptitude.

Ranking of the Exceeds 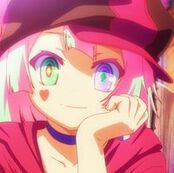 Start a Discussion Discussions about No Game No Life