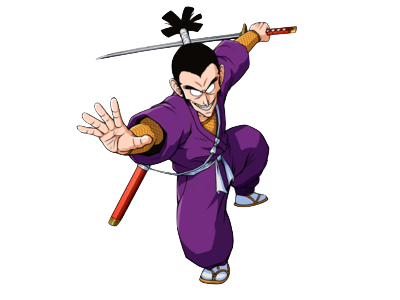 Ninja Murasaki (ムラサキ曹長) is a secondary antagonist who appears in Dragon Ball. He is the second-in-command of Muscle Tower under General White.

Tier: Unknown physically. At least 9-B with weapons

Attack Potency: Unknown physically (No match for Goku at all). At least Wall level with weapons (Could hurt Goku)

Speed: Superhuman, with Supersonic+ combat speed (Kept up with Goku)

Retrieved from "https://vsbattles.fandom.com/wiki/Ninja_Murasaki?oldid=6732645"
Community content is available under CC-BY-SA unless otherwise noted.