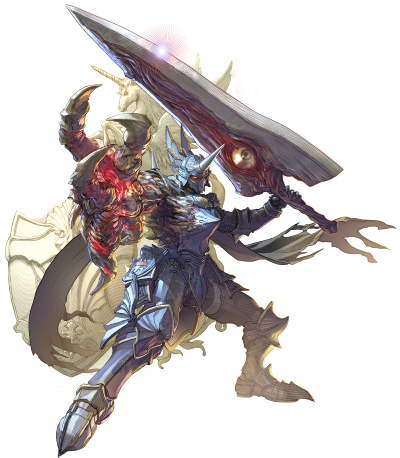 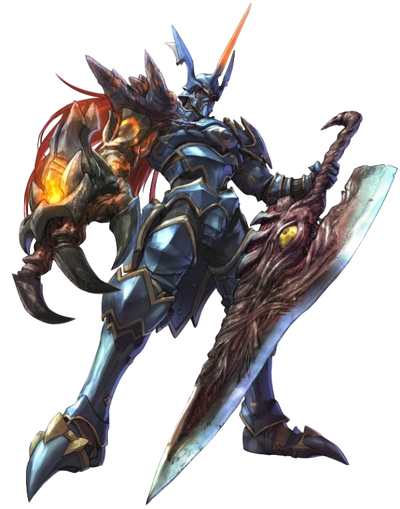 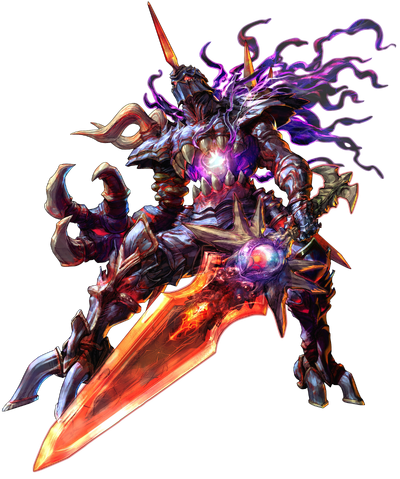 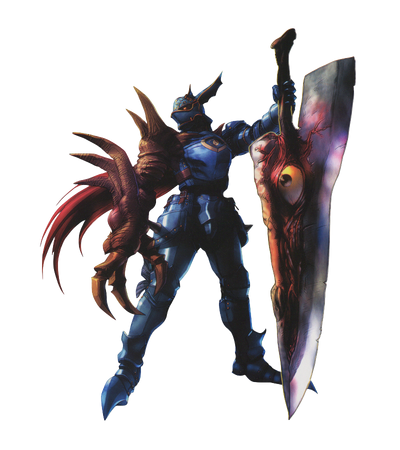 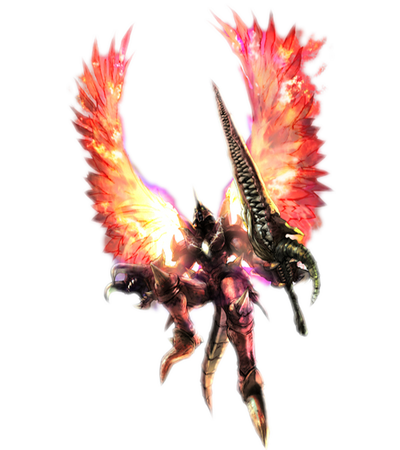 Nightmare is the main antagonist of the Soul series. He made his first appearance in Soul Edge, with his proper debut being in Soulcalibur. He is the host, wielder and living incarnation of the cursed sword, Soul Edge, the objective of most other characters in the story. Nightmare is merely the host body of Inferno and when defeated, Inferno takes over and combats the opponent if not try and coerce them into grabbing Soul Edge, transforming them into a new Azure Knight.

What lies in his soul is Damnation and Destruction

Name: Nightmare, "The Symbol of Destruction", "Azure Nightmare", "Knight of Mare" (by Mitsurugi)

Powers and Abilities: Superhuman Physical Characteristics, Soul Manipulation (Can rob the souls of entire armies at once. Deals Soul Damage with each of attacks, stealing the soul of his opponent slowly during combat), Fire Manipulation, Hellfire Manipulation, Mind Manipulation (Can manipulate the minds of others in order to coerce them into taking Soul Edge. If there is a malfested target, Soul Edge feeds off of their sinful actions of bloodlust and gains the ability to control them), Weapon Mastery, Electricity Manipulation, Creation (Created a mimic of Soul Edge as well as Astral Chaos), Dark Magic, Regeneration (Low), Immortality (Types 1 and 6), Teleportation, Dimensional BFR (Can send others to Astral Chaos. All Souls taken by Soul Edge are sent to Astral Chaos. Astral Chaos warps and corrupts all who enter, mind, body and soul, eventually driving them mad and turning them into a form of Malfested), Duplication, Light Manipulation, Possession, Reality Warping, Spatial Manipulation (Can cut through dimensions), Necromancy, Madness Manipulation (Type 2; Simply being in contact with its power is enough to drive one into madness. Can corrupt entire areas making it so that anyone who enters the area will be driven mad), Illusion Creation, Curse Manipulation, Corruption (Can turn those who come into contact with it into mindless Monsters, Vampires, Malfested, etc. Even sustaining injuries from him or any wielder of Soul Edge is enough to drive one insane as shown with Raphael whose body became corrupted by his wounds. Coming into contact with a malfested's blood can in fact infect another as shown when Amy became malfested by treating Raphael's wounds), When the host body is defeated, Inferno will appear to fight the opponent or use his mental powers to get them to grab the sword, Enhanced Senses, Extrasensory Perception, Resistance to Sealing (Taki's seals had no effect on him) | All abilities enhanced | All abilities greatly enhanced, Energy Projection, Flight | All Original Timeline Abilities minus Night Terror additions, Summoning (Can summon a dark horse. When defeated, Inferno will appear to fight the opponent).

Attack Potency: Mountain level (He and Siegfried combined were able to defeat Abyss) | Mountain level (When at full power. Superior to the likes of Abyss. Was able to create a cloud piercing beam of this caliber) | At least Planet level (Is a much mightier and chaotic form of Nightmare and the personification of the Soul Edge in its completed state. It is the very embodiment of Astral Chaos and everything inside it, and those who master the energy within Astral Chaos can casually create entire planets. Even the likes of Algol is fearful of him), possibly Multi-Solar System level (Astral Chaos contains fragments of the human world, and possibly gas giants such as Jupiter as well as appearing to have stars and even a possible Homunculus Nebula), can also ignore conventional durability. | At least Small City level (Commands half the power of a Complete Soul Edge), likely Small Country level (A mere portion of his power combined with some power from Soul Calibur and Astral Fissures were enough to create an incomplete Ultimate Seed in which was stated to be able to destroy a country or two)

Stamina: Very high, can fight for a long time against Siegfried, can live without water or food. | Extremely high as Night Terror.

Intelligence: Above Average | Gifted | Animalistic, appears to operate purely on an instinctual level.

Weaknesses: Must keep devouring souls in order to stay alive as he is an empty suit of armor with no actual wielder for the sword, he is actually the sword rather than the armor that wields it, meaning that breaking the sword will kill him.

Kenshiro (Hokuto No Ken)Kenshiro's Profile (Both were low 6-B and speed was equalised.)