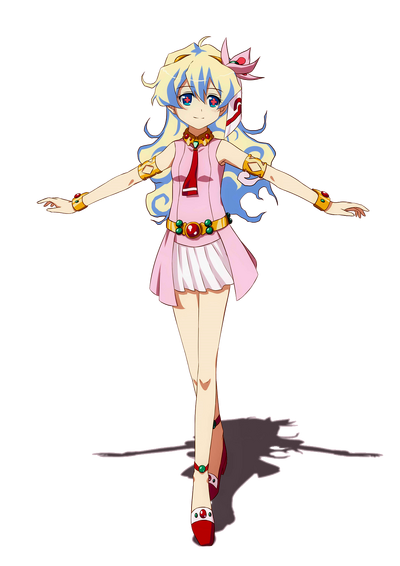 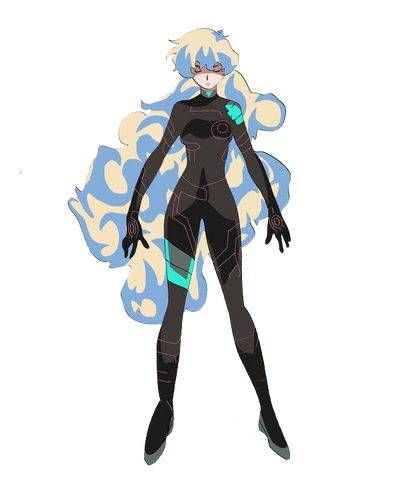 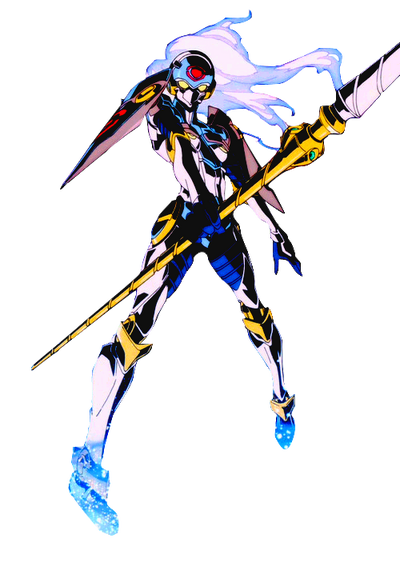 Nia Teppelin (ニア・テッペリン, Nia Tepperin) is the disowned daughter of Lordgenome and is one of the main protagonists of Tengen Toppa Gurren Lagann. She is also an artificial being made by the Anti-Spiral and serves as the main antagonists' messenger in the third act. She is Simon's main love interest, and eventually marries him in the final episode before she fades away, yet her love for him remains and connects them.

Attack Potency: Wall level (Able to harm Viral with her lasers in the movie), far higher if damaged (Like Muganns, she would explode if attacked) | High Complex Multiverse level (Controls a Tengen Toppa Gunmen, which all scale somewhat to Tengen Toppa Gurren Lagann. TTGL possesses a Super Spiral Universe within itself which is a 10 +1 dimensional brane universe. Able to slightly damage the Granzeboma, a being capable of surpassing space and time, controlling the fabric of reality, and creating Big Bang level explosions. Higher with the Infinity Big Bang Storm absorbed), can ignore conventional durability via Probability Manipulation

Speed: Unknown (Can teleport to wherever she wants) | Immeasurable (Was able to relatively keep up with the Granzeboma's attacks and actions; was able to attack them without their noticing], higher with the Infinity Big Bang Storm absorbed)

Durability: Unknown | High Complex Multiverse level (Comparable to TTGL. Was able to withstand the force of the Infinity Big Bang Storm, an attack that was compared to the Big Bang and was at a greater level of the Anti-Spiral's capability than any of its previous attacks])

Stamina: High; was able to hold on to her existence for a week after the defeat of the Anti-Spiral through sheer willpower and her love for Simon

Weaknesses: Naivety, if the Anti-Spirals are destroyed, then she will gradually lose her identity and eventually fade away.

Retrieved from "https://vsbattles.fandom.com/wiki/Nia_Teppelin?oldid=4560659"
Community content is available under CC-BY-SA unless otherwise noted.