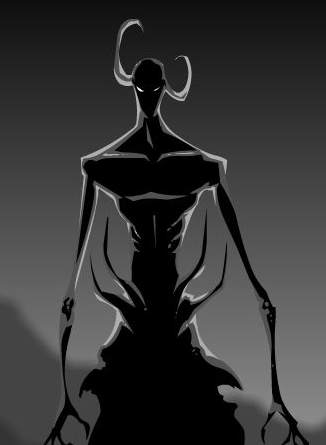 Network is the primary antagonist of the third game in the Armed With Wings series. A sort of antithesis to the goodness of Blackmist, Network is an ancient evil responsible for the consumption of Leo's village, and possibly even Vandheer Lorde's original rise to power. While defeated in the past by Lone Warrior, he survived the encounter and slowly regained his strength by harvesting others, and seeks to cover the world in darkness after consuming Eivana to regain his true form.

Name: Network, The Beast, The Force of Godly Caliber

Gender: Inapplicable, referred to as male

Intelligence: Gifted. Is an ancient and calculating villain, continuously planning around the efforts of the protagonists to free Vandheer Lorde.