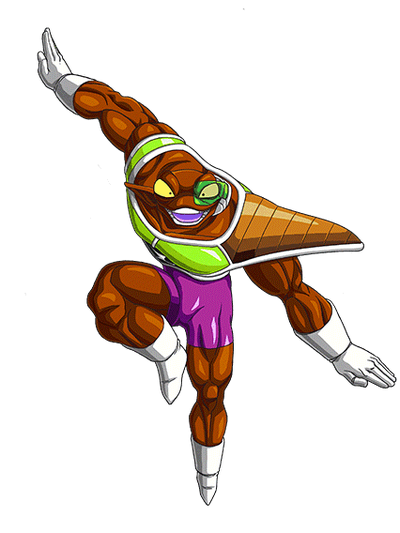 Neiz is a member of the illustrious Cooler Armored Squadron, from Cooler Planet No. 6.

Powers and Abilities: Skilled Martial Artist, Superhuman Physical Characteristics, Acrobatics, Pressure Point Strikes, Ki Manipulation (Can be used defensively and offensively, to strengthen his skin or to fire ki blasts, which can home in on targets, and form defensive barriers), Ki Sensing with Scouter, Flight, Electricity Manipulation, Body Control (Can retract his head into his body), Resistance to Cold and Radiations

Speed: Massively FTL (Faster than First Form Frieza and can easily keep up with Gohan and Krillin)

Intelligence: Neiz is a skilled combatant, as proven by his rank in the illustrious Cooler Armored Squadron, but is somewhat overconfident.

Weaknesses: Neiz is prone to overconfidence.