VS Battles Wiki
Register
Don't have an account?
Sign In
Advertisement
in: Verses, Manga, Anime,
and 3 more

Nausicaä of the Valley of the Wind 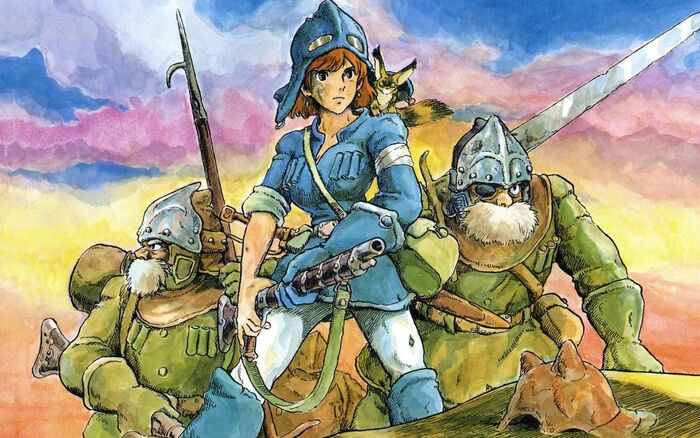 For detailed information about this series, visit the Nausicaä Wiki.

Nausicaä of the Valley of the Wind is a seven volume manga series written by Hayao Miyazaki, and adapted into one of the first movies by aclaimed Studio Ghibli. 1000 years after the Seven Days of Fire, great Toxic Jungles have sprung up, in which live gigantic insects. The Valley of the Wind is one of the few places humans can still safely live. It's princess, Nausicaä, has befriended the creatures of the forest, and searches for the cure to the poison, for both humanity and the world. But even after so much devastation, humanity is not at peace, and war looms...

Nausicaä is impressive, though rather low level for the most part. The God Warriors, created by humanity to be their caretakers, are powerful enough to end human civilization, and can individually cause nuclear devastation and can fly by "twisting space." Individual Ohmu have extra hard shells andare the size of a building. Swarms of Ohmu can destroy entire cities. A giant killer mold was developed as a biological weapon, and it covers great masses of land.