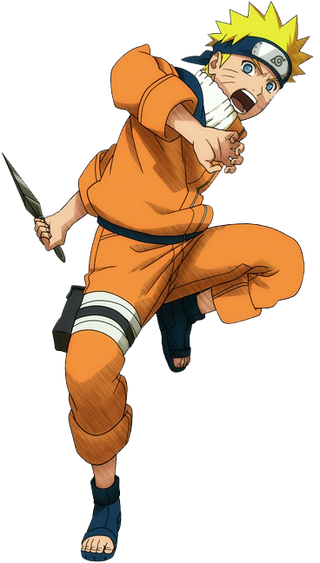 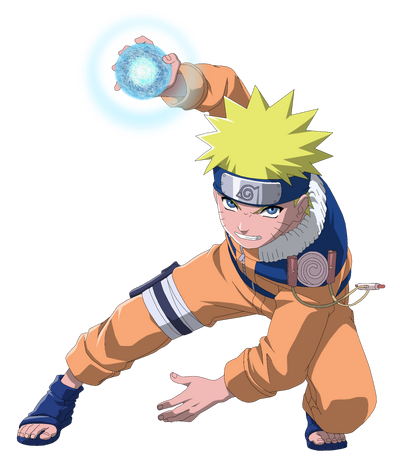 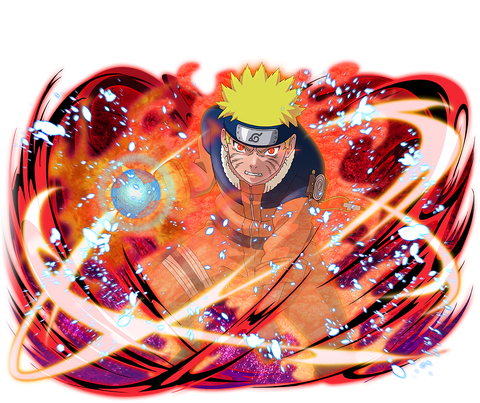 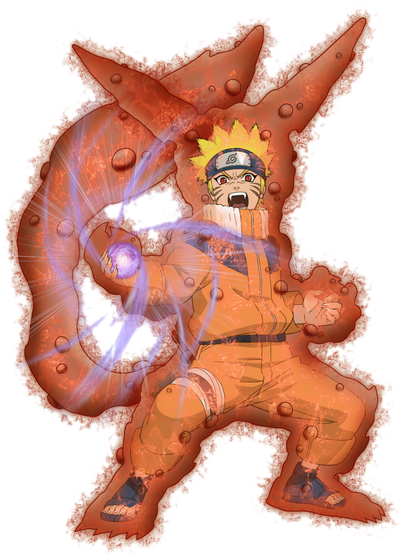 Uzumaki Naruto is a hyperactive ninja of the Hidden Leaf Village and a member of Team 7, son of the Fourth Hokage and Uzumaki Kushina. Shortly after his birth, the Nine-Tailed Fox was sealed inside of him, but this was kept a secret from him for years. Due to the damage the fox caused, Naruto was treated as an outcast by the village.

He seeks to become Hokage to initially became recognized by everyone in the village and later to protect his loved one like they protected him.

Superhuman Physical Characteristics, Chakra Manipulation, Energy Projection, Stealth Mastery, Explosion Manipulation with explosive tags, Regeneration (Low), Weapon Mastery (Versed in the use of kunai and shuriken), Acrobatics, Statistics Amplification (Can enhance his physical capabilities with chakra, and can further increase his statistics with Kurama's chakra), Longevity (As a descendant of the Uzumaki clan, he possesses an extraordinary life-force, granting him a longer lifespan than others), Shapeshifting (Can transform into living beings and inanimate objects, and can use this in battle to confuse his opponents and catch them off-guard in a variety of ways), Duplication (Can create solid "shadow clones" that are identical to him and can use his abilities as well as relay any information they gained back to the original upon being dispersed), Summoning (Can summon toads of varying sizes, some of which can crush and flatten targets from above, spew oil from their mouths to restrict the movements of targets, levitate, skillfully wield weapons, manipulate water), Surface Scaling, Water Walking, Can replace himself with inanimate objects in the vicinity to avoid damage, likely Paralysis Inducement (via paralysis jutsu), Resistance to Acupuncture (Naruto was not affected by Haku's needles), Power Nullification (He can utilize The Nine-Tails chakra to open up his chakra points after Neji closed them)

All previous abilities enhanced, Berserk Mode, Corrosion Inducement, Vibration Manipulation, Rage Power (Grows stronger the angrier he gets), Regeneration (Low-Mid; Regenerated in an instant after Sasuke pierced through his chest and right lung), Immortality (Type 3), Body Control (Can create chakra arms to attack targets from a distance and grant him better mobility and maneuverability), His chakra can act as a forcefield around him, Instinctive Reaction (his chakra instinctively attacks and defends for him)

Stamina: Very high, as he has large reserves of chakra.

Intelligence: Acts headstrong and often acts without thinking. However, Naruto's years as a prankster gave him a cunning imagination that is useful in battle.

Weaknesses: Can be an utter and complete idiot at times.

Shadow Clone Technique: Naruto creates tangible “shadow clones” that can fight and use his techniques, but disappear after one strong hit. Can create hundreds and possibly over 1000 at once.

Summoning Technique: The Summoning Technique is a space-time ninjutsu that allows the summoner to summon animals or people across long distances instantly. Naruto uses this to summon frogs, such as Gamabunta, and can also summon shadow clones from a different location.

Start a Discussion Discussions about Naruto Uzumaki (Part I)