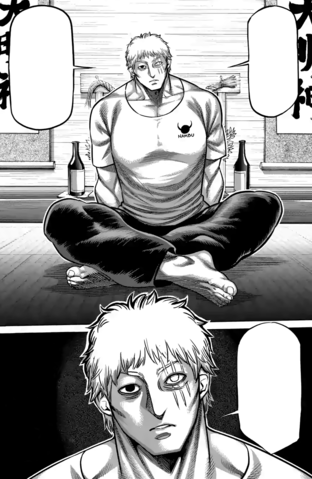 Speed: Hypersonic+ (Managed to punch Koga before he could react)

Stamina: High. Able to fight after his brain is severely damaged.

Intelligence: Gifted. Narushima sits at one of the top of 2 million members of Rokushin Kaikan and considered a genius at full-contact Karate.

Retrieved from "https://vsbattles.fandom.com/wiki/Narushima_Joji?oldid=5637978"
Community content is available under CC-BY-SA unless otherwise noted.