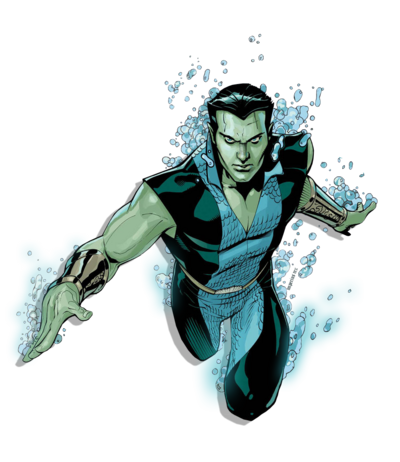 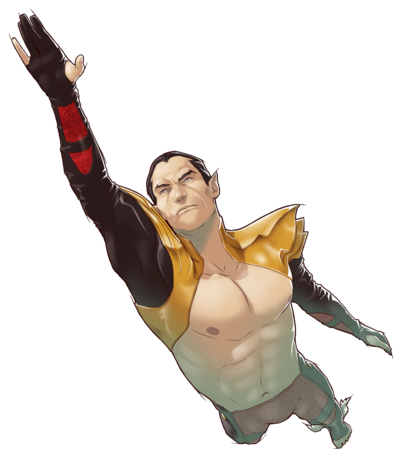 Namor the Sub-Mariner (Namor McKenzie) is a fictional character that appears in comic books published by Marvel Comics. Debuting in early 1939, the character was created by writer-artist Bill Everett for Funnies Inc., one of the first "packagers" in the early days of comic books that supplied comics on demand to publishers looking to enter the new medium. Initially created for the unreleased comic Motion Picture Funnies Weekly, the Sub-Mariner first appeared publicly in Marvel Comics #1 (Oct. 1939) – the first comic book from Timely Comics, the 1930s–1940s predecessor of the company Marvel Comics. During that period, known to historians and fans as the Golden Age of Comic Books, the Sub-Mariner was one of Timely's top three characters, along with Captain America and the original Human Torch. Everett said the character's name was inspired by Samuel Taylor Coleridge's poem, "The Rime of the Ancient Mariner". Everett came up with "Namor" by writing down noble sounding names backwards and thought Roman/Namor looked the best.

Standard Equipment: Poseidon's Trident and a horn that can summon sea creatures of the deep.

Intelligence: Above Average (Skilled businessman. Is a member of the Illuminati)

Weaknesses: He gets weaker if he is not sufficiently hydrated. | Can be harmed by Chaos Magic. Taking enough damage could force the Phoenix Force to abandon him. Far more arrogant and overconfident than before.