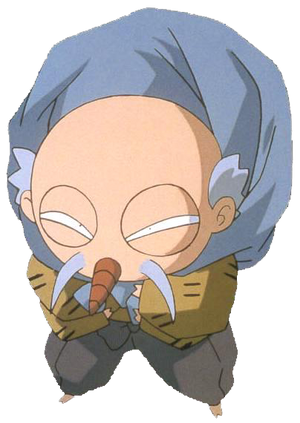 Myōga (冥加, "Divine Protection") is a flea yōkai who was a servant of the Inu no Taishō until his death, and then acted as a servant for Inuyasha, providing him with information on current events, foes, and the shards of the Shikon no Tama.

Attack Potency: Below Average level (Myōga is about seven millimeters in height). Potentially Human level (Can increase his size to 2 meters long)

Weaknesses: Is sort of a coward (shown by fleeing from any danger), has arthritis

Retrieved from "https://vsbattles.fandom.com/wiki/My%C5%8Dga?oldid=4120253"
Community content is available under CC-BY-SA unless otherwise noted.