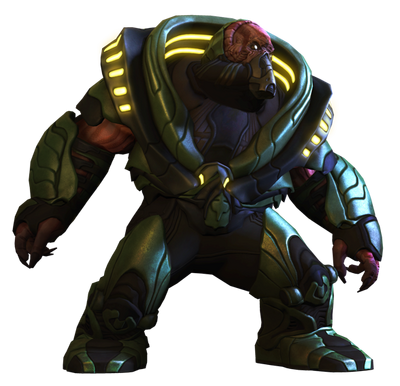 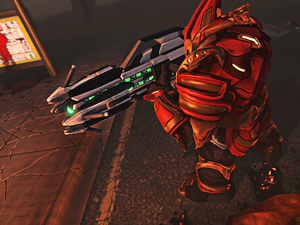 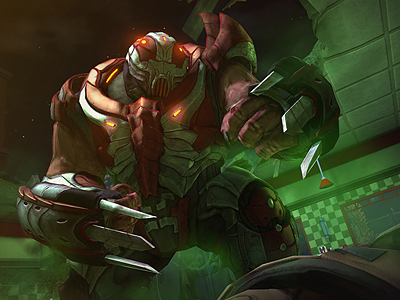 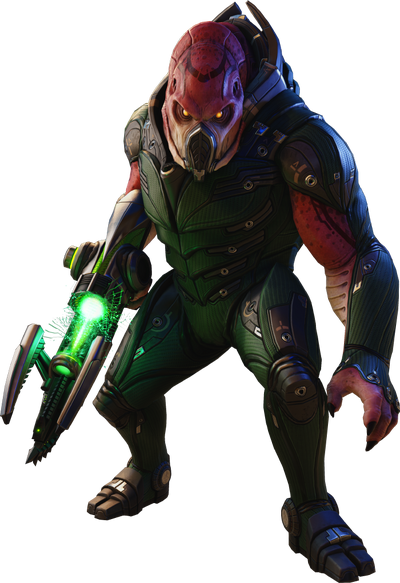 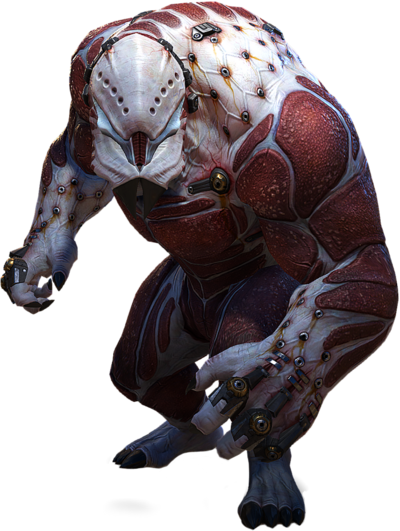 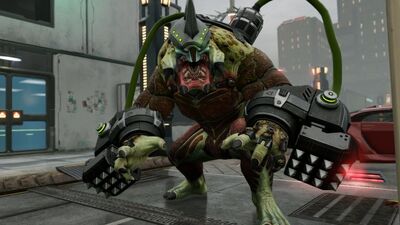 Mutons are the backbone of the alien military units and are physically aggressive but mentally weak (In EU/EW). The Muton Elite is a guardian unit that is often protecting Ethereals or appearing in pods of three. The Berserker unit is an enraged melee unit that charges at units and delivers deadly blows. The new Muton has been genetically altered with human DNA to increase its intelligence to improve various other features. The new Berserker is even more aggressive than the previous Berserker incarnation. The Berserker Queen (aka Subject Beta) has had many physical enhancements added, greatly increasing durability.

Tier: 9-A with plasma rifle and alien grenades | 9-A with alien grenades, 8-C with Heavy Plasma cannon | 9-A physically and using a Muton Blade) | 9-A with Beam Rifle, Plasma Grenades, and Bayonet | 9-A | 8-C

Feats: Mutons have great aim that varies from superhuman to beyond superhuman levels depending on which incarnation. This means that they are likely to score critical hits on units that are in anything less than full cover. Berserkers are can be a really big problem to deal with when appearing alongside Mutons (Which they usually do) who can provide fire support to allow Berserkers to get in close for an easy kill. Muton Elites can throw grenades at exceptionally long distances.

Start a Discussion Discussions about Muton/Berserker