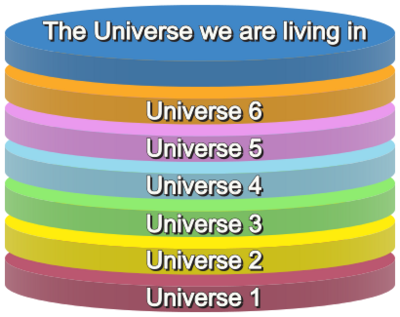 A Multiverse is a hypothetical set of infinite or finite possible universes that together can comprise anything from a comparatively simple collection of parallel 4-dimensional universal space-time continuums, to the 11-dimensional multiversal structure our reality is assumed to be in some theories, or sometimes even higher levels of reality.

This includes the entirety of space and time within a certain continuum, as well as the physical laws and constants that describe them.

A Hyperverse is a term that we decided to use for a reality of a higher dimensional order than an 11-dimensional multiverse.

We use the term Outerverse for characters, objects, and structures that are outside and beyond the concept of dimensions altogether.

The definition of Omniverse varies greatly depending on the source. We do not use this term any more either.