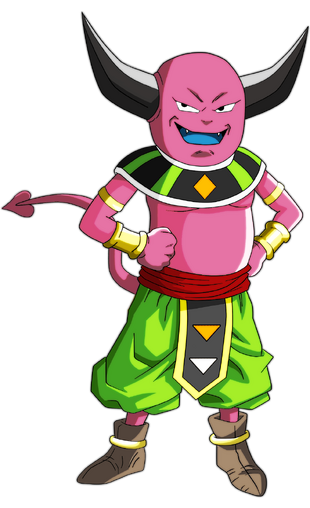 Mosco (Real name Mule) is one of the Gods of Destruction in Dragon Ball Super. His appearance being that of an imp, who is inside his old green robot. His robot shell shares some resemblance to the Dragon Ball GT character Luud, who was also referred to as a "God of Destruction."

Mule is in charge of Universe 3, which despite appearing to be extremely high tech and advanced, isn't ranked too well. As such, he has to help recruit 10 fighters for the Tournament of Power.

Powers and Abilities: Superhuman Physical Characteristics, Longevity, Acrobatics, Flight, Spaceflight, Self-Sustenance (Type 1), Martial Arts Mastery, Afterimage Creation, Chi Manipulation (Can be used defensively and offensively, to strengthen his skin or to fire ki blasts, which can home in on targets, and form defensive barriers), Ki Sensing, Enhanced Senses, Likely Telekinesis, Spatial Manipulation, Void Manipulation via Energy of Destruction Aura, Existence Erasure, Can harm intangible beings and destroy souls, Cosmic Awareness, Can possibly create dimensional rifts and destroy space-time and pocket dimensions with her energy via powerscaling, Resistance to Extreme Cold, Cosmic Radiations, Extrasensory Perception (Cannot be sensed by beings lesser than a “god”), Empathic Manipulation and Existence Erasure (Gods of Destruction have the same Energy of Destruction Aura as Toppo, and it is completely ineffective against other GoDs)

Attack Potency: Universe level+ (A fight between two Gods of Destruction can result in the destruction of two universes. Should be comparable or superior to Toppo, who was capable of warping the infinite World of Void, and is himself comparable a limit-broken Vegeta, who was capable of fighting competently with a held-back Jiren, stated several times to be the strongest foe in Dragon Ball history and surpassing the likes of even an incomplete Infinite Zamasu), can negate conventional durability by destroying one's soul.

Intelligence: Mostly unknown, though as a God of Destruction, he has had immense martial arts training and is one of the most knowledgeable fighters in the multiverse.

Weaknesses: If the Kaioshin of his respective universe is killed, so is the God of Destruction. 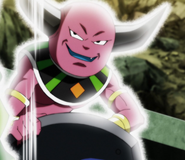 Retrieved from "https://vsbattles.fandom.com/wiki/Mule?oldid=6715116"
Community content is available under CC-BY-SA unless otherwise noted.