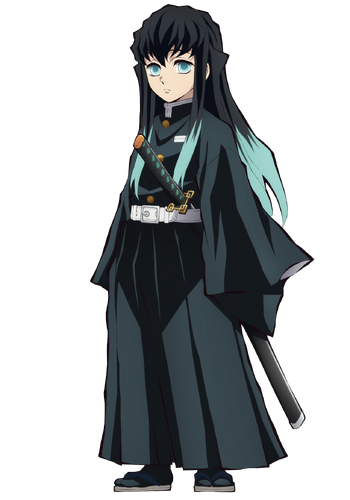 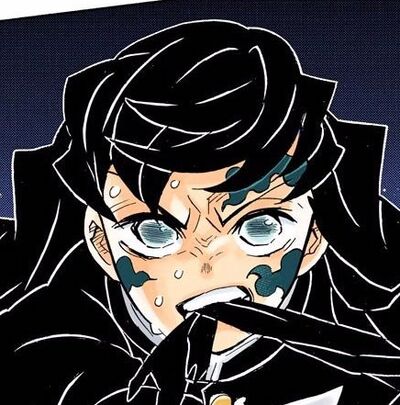 Superhuman Physical Characteristics, Acrobatics, Master Swordsman, Perception Manipulation (Breath users can create seemingly elemental effects. Muichiro can make others see mist or create it, though it's unknown), Accelerated Development (Has immense potential and became a Pillar in few months, something that takes years for many to accomplish. Created his own technique during fight with Gyokko), Rage Power (Awakened "Omnipresent rage" inside him that made him more powerful), Afterimage Creation (With Haze), Information Analysis, Enhanced Sight and Analytical Prediction with See-Through World (See-Through-World makes user see directly opponent's muscles, blood flow and movements which allows them to predict their next moves), Statistics Amplification (Breaths increase user's speed and power to match Demons), Absorption (Nichirin Blades absorb sunlight), Regeneration Nullification (Up to High-Mid with Crimson Nichirin Blade), Body Control and Regeneration (Low. With breathing, one can stop hemorrhages)

Resistance to Fire Manipulation, Water Manipulation, Heat Manipulation (Demon Corps Garbs protect against fire, water and cold), Fear Manipulation and Paralysis Inducement (As a Pillar, he should same as Giyuu be unaffected by the aura of Lower Moons like Rui. Rui's aura was implied to be similar to Shinobu’s, which caused intense shuddering and lack of air), Enhanced Senses, Analytical Prediction and Extrasensory Perception (With See-Through-World, his intent becomes completely concealed and impossible to detect), Poison Manipulation (Gyokko was surprised Muichiro wasn't paralyzed because of his poison), Immense Pain Tolerance (Endured being stabbed, having his arm cut off and extreme physical training)

Attack Potency: At least Small Building level, likely higher (As a Pillar, he should be comparable to Tengen Uzui), higher with Demon Slayer Mark (Easily cut off Upper Moon Five's neck while poisoned)

Lifting Strength: Possibly Superhuman (Superior to Shinobu and Obanai in arm-wrestling, should be comparable to Post-Zeroshiki Tanjirou)

Durability: At least Small Building level, likely higher (Should be comparable to his AP), higher with Demon Slayer Mark

Stamina: Very high. Was through training so intense that it made him cough blood and that put him on the verge of death. Muichiro could still fight despite being gravely injured by Kokushibo.

Intelligence: Gifted. Is incredibly talented and skilled Demon Slayer that became a Pillar after 2 months of his training and even then trained through extreme training.

Breath of Mist (霞かすみの呼こ吸きゅう Kasumi no kokyū) is a Breath used by Muichiro in combat.

Retrieved from "https://vsbattles.fandom.com/wiki/Muichiro_Tokito?oldid=5892656"
Community content is available under CC-BY-SA unless otherwise noted.