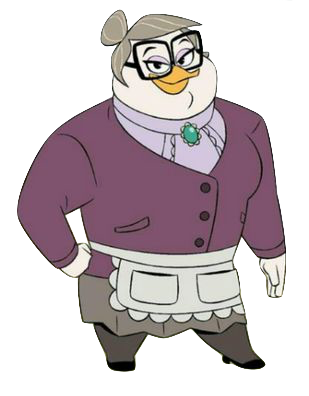 Mrs. Bentina Beakley is a protagonist featured in the 2017 reboot for Ducktales. She's the grandmother of Webby Vanderquack, and the housekeeper for McDuck manor. Comparing her from her appearance now to her original counterpart, she's much more willing to fight instead of being comparatively passive.

Powers and Abilities: Superhuman Physical Characteristics, Can use housekeeping equipment and kitchen accessories as weapons, and Martial Arts

Speed: Superhuman (Kept up with a moving subway train)