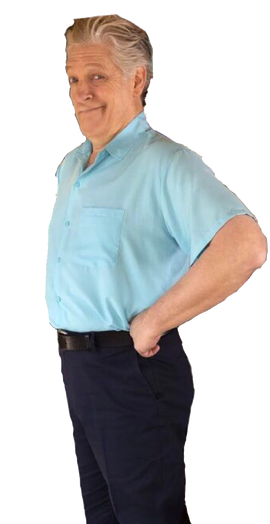 Mr. Slabs is the owner of the Trusty Slab, boss of Jim Bob and Manward, and a seemingly greedy man. Shown when he was willing to point his own life on the line to protect his cash register. His personality, job, and friends being very similar to Mr. Krabs.

Speed: Likely Subsonic (Should be comparable to Jim Bob)

Durability: At least Wall level (Comparable to his Attack Potency, Should be vastly superior to Spongebob)

Intelligence: Above Average (Is capable of running a business, and likely has comparable intelligence to his counterpart, Mr. Krabs)