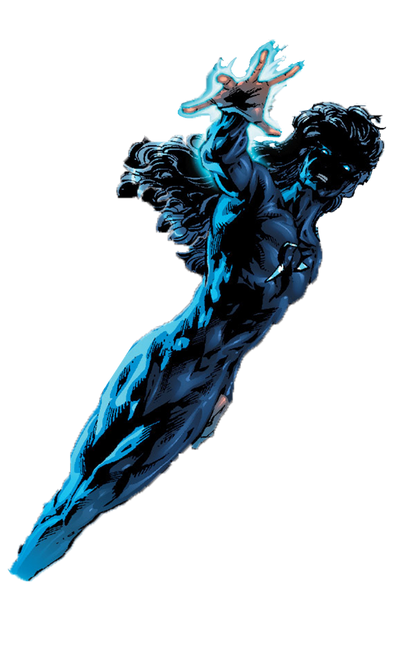 The being known as Mother is the creator of the universe. There is no being greater than she, and her powers appear to be limitless. She is known as Mother to her children, of which there are more than there are numbers, but she is neither male nor female. In fact, she often appears as males if the situation suits her. She has appeared as many forms throughout the ages and can appear differently to different people simultaneously.

Of her countless children, her two greatest disappointments were entrusted with the planet Earth. These two beings, whom we know as God and Satan, have squabbled and fought for ages. Their incessant bickering developed into complete hatred for one another and eventually all out war. Ordinarily, Mother would have allowed them to continue fighting as they saw fit (as she rarely gets involved with the affairs of her children). These two petty and hateful children, however, despite their never-ending feud managed to create something beautiful and wholly unique in the universe – mankind.

Mankind was created by God to serve his will, but his creation was tainted by his hateful brother Satan. Man was given free will so as to disobey God’s commands. The combined influence of both God and Satan led to the unique creation that is a human being - a creature capable of boundless artistic expression and limitless love, a creature which Mother deemed important enough to protect personally. During Armaggedon, she appears to Spawn in the guise of the Man of Miracles, acting as his guide so that he may fulfill his role of stopping the Apocalypse and saving humanity from the forces of her two children.

Tier: At least 2-A, likely higher

Name: Doesn't have a real name. Known as The Mother of Existence, The Man of Miracles, The Mother, The Father, God, Mother of Miracles, Mother of Creation, The Keeper of the Greenworld, The Greenlady, Mother Earth, Mother Gazer, Gaea, Kali, The Goddess of Destruction, Jesus Christ, Sir Lancelot

Gender: Inapplicable. Appears as either male or female

Age: Older than Time itself. Predates all creation.

Attack Potency: At least Multiverse level+, likely higher (Is one with creation, everything that ever was or will be, which includes infinite timelines and higher levels of existence, but the number of dimensions are unclear. Created infinite number of her childrens, each one of them is comparable to God and Satan)

Weaknesses: Not Fully Omniscient. Bound by complex and arbitrary rules that she herself created. Apparently capable of being banished from Earth.

The Man of Miracles

The Keeper of the Greenworld

Kali, The Goddess of Destruction
Add a photo to this gallery

Start a Discussion Discussions about Mother of Existence