VS Battles Wiki
Register
Don't have an account?
Sign In
Advertisement
in: Tier 8, Tier 8-C, Tier 8-B,
and 56 more 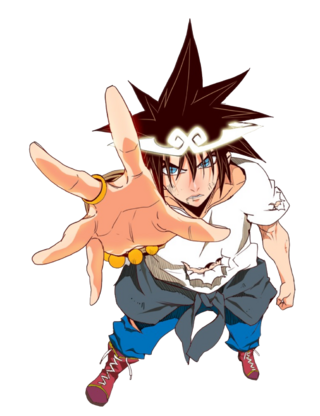 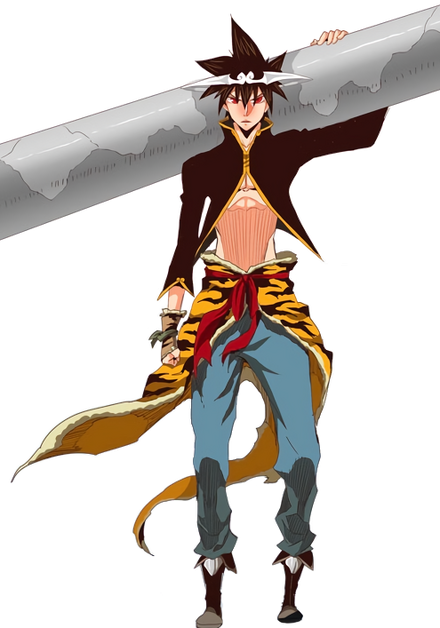 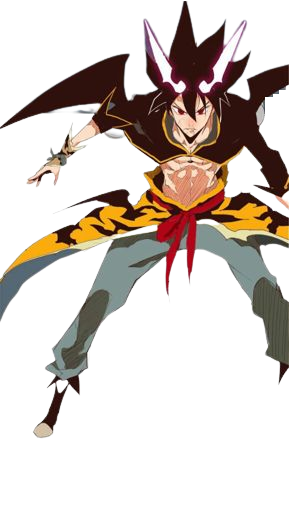 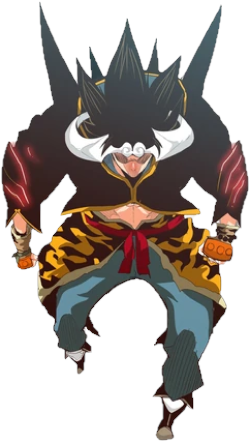 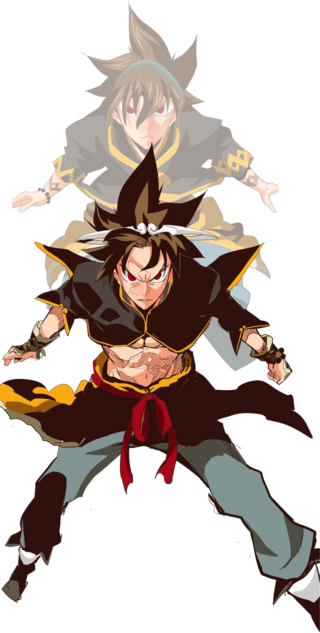 Mori Jin is the protagonist of The God of High School. Having been taught his grandfather's signature brand of Taekwondo, he frequently picked fights with others his age, having won three hundred street brawls before meeting Commissioner R. Although he broke the Judge's arm, Mori was ultimately defeated, to his frustration. He entered the God of High School Tournament in hopes of settling the score with R, only to find that there was much more to the tournament, and himself, than he ever thought possible.

Superhuman Physical Characteristics, Regeneration (High-Low; Regenerated after being impaled by Jegal Taek's Megalodon teeth[1]), Enhanced Senses[2], Wind Manipulation[3], Expert Renewal Taekwondo Practitioner[4], Reactive Power Level (Re-Taekwondo was stated as being a martial art that changed power levels[5][6]), Accelerated Development (Mastered and came up with new techniques by applying them during battles[3]), Instinctive Reaction (Could react to Bongchim the instant he applied his Instant Death technique, saving his own life[7][8]), Power Mimicry (Could use the techniques and abilities of others simply by watching them use it[9][10][11]), Non-Physical Interaction (Can fight against Power Borrowers), Extrasensory Perception (Can sense opponents from a distance[12]), Fear Manipulation (Can instill a sense of fear and dread with his presence against beings weaker than him. Made Bongchim Nah shiver upon his 'resurrection'[13][14]), Resistance to Fear Manipulation (Was completely unaffected by Ilpyo's presence, which completely scared an entire arena[15])

All previous abilities in addition to, Ice Manipulation[11], Statistics Amplification[16], Acupuncture and Pressure Points[17], Healing and Healing Negation up to Mid-Low (Uiyong Bongchim is capable of healing those who can't be healed by nanotech healing. In addition, it can also prevent healing from nanotech and Borrowed Powers[18][19]), Pain Manipulation (Can remove his own sense of pain and cause unimaginable pain upon others[20][19]), Biological Manipulation (Bongchim Nah Style Acupuncture works better than nanotechnology that functions on a cellular level[19]), Blood Manipulation (Bongchim Nah Style Acupuncture is capable of creating clots in blood vessels, causing body parts to swell to the point of exploding[21]), Paralysis Inducement (Can stop people from moving and completely turn off certain body parts), Death Manipulation (Through the Instant Death technique), Analytical Prediction (Could tell exactly where his opponent was and their stance simply through physical contact with them even after he was rendered dizzy and his vision was blur), Durability Negation with certain attacks (Shook Seungah Park's brain from the wind pressure of his kick, to the point where she was unable to maintain her balance; can also negate durability with certain Martial Arts techniques), Resistance to Pain Manipulation (Even without Painlessness, Mori could still walk off multiple cracked bones. Took an explosion at point blank and was fine afterward. With Painlessness he can withstand intense vertigo[22][23][20][24])

All previous abilities in addition to, Self-Sustenance (Type 1)[25]

All previous abilities in addition to, Body Control, Adaptation, Resistance to Poison Manipulation and Sleep Manipulation (Scaling from Mori Hui)

Same as Base, Weather Manipulation[26], Electricity Manipulation (Can summon lightning from clouds with Geundoowun[26]), Healing (Turning into the Monkey King Form heals all prior injuries[27]), Limited Size Manipulation and Density Manipulation (Can control the size and weight of Yeoui[26]), Sealing (Can seal mortals and supernatural entities on a planetary scale within his Gourd[28])

All previous abilities in addition to, Spaceflight[29], Damage Reduction (The Monkey King form can somewhat negate the rebound of Jeahbongchim Acupuncture[30] and the Armoursuits can reduce the damage Mori takes from physical strikes[31]), Flight[29], Duplication (Can create a hundred clones that can fight alongside him[32][33]), Creation (Can create duplicates of Yeoui and the Armoursuits. However, these copies pale in comparison to the originals[34]), Preparation (Can gain knowledge through his clones and share his knowledge with them), Power Bestowal (Can restore the strength of his fellow monkeys), Limited Telepathy[35], Resistance to extreme temperatures and conditions (not troubled by the conditions of outer space, completely unaffected by the heat of the Sun's corona)

Same as before on a higher level, Summoning (Can summon the Seventh Master[36]), Can contract with his clone Mori Hui, vastly increasing his power, Shapeshifting (capable of altering his own age and appearance[37])

Stamina: Extremely High, easily shrugs off the blows from the likes of the Crown Princes and will continue to fight until knocked unconscious or otherwise. He is also able to casually carry and wield Yeoui for long periods of time despite the fact that it weighs as much as planetoids, though he does complain that the staff is heavy

Range: Standard melee range to dozens of meters with Taekwondo | At least continental with Geundoowun, Planetary with the Gourd, Interstellar with Yeoui

Intelligence: Jin Mori is not much of an intellectual (though he does get "surprisingly high grades" according to Mira Yoo), but he was born with extremely keen battle instincts. He is capable of changing strategies on the fly and can copy most martial arts techniques after only encountering them once, adding them to his arsenal while combining them with his own Taekwondo techniques. He is also very knowledgeable about human anatomy due to his training under Jeahbongchim, being able to heal himself, release his limiters, or damage his opponent's internal organs with Bongchim's acupuncture style (which functions much like Kenshiro's Fist of the North Star). His clones work much like Naruto's Shadow Clones, granting him all of the knowledge they gained after they disperse. However, he's quite reckless, often blindly charging into the fray in search of a good fight even during his time as the Monkey King a thousand years ago

Weaknesses: Reckless and somewhat lacking in common sense. Maintaining Monkey King mode drains his stamina far more quickly than normal, especially if he uses his special abilities frequently. Loves a good fight and will sometimes ignore important objectives in favour of finding a strong opponent. Is scared of cats and dogs and will be submissive towards people who have beaten him at full strength in the past. His clones can gain self-awareness and individuality if they spend long periods of time far away from him, potentially turning against him. Needle and acupuncture techniques may fail if the target is protected by armour, extremely thick skin, or some other physical protection. Expanding Yeoui slows him down somewhat due to the increased weight, Using Jeahbongchim Acupuncture to boost himself will have devastating side-effects if he's not careful, resulting in crippling pain or complete unconsciousness if not death. As a Monster and a God, Mori is vulnerable to attacks that specialize in harming such beings. Re-Taekwondo puts a strain on his body if used too often or done incorrectly. It is also bad at close quarters

Note: Not every technique listed is are moves that Mori has displayed in the series. However, as Mori has demonstrated the ability to perform any move he has seen prior, even moves he understood from concept, it is not out of the realm of possibility Mori is capable of performing these techniques in combat.