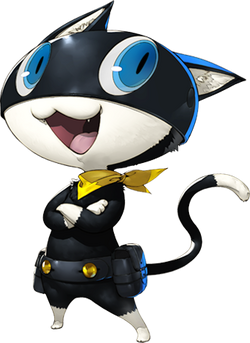 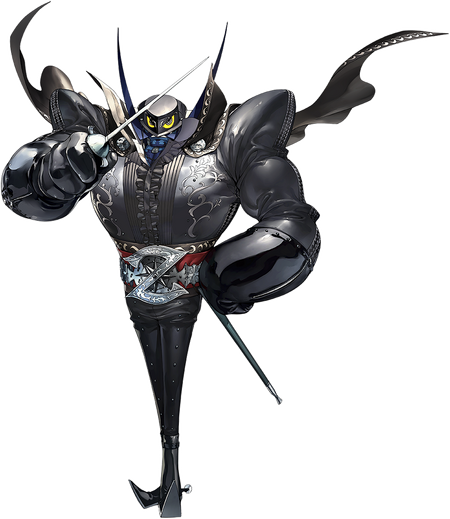 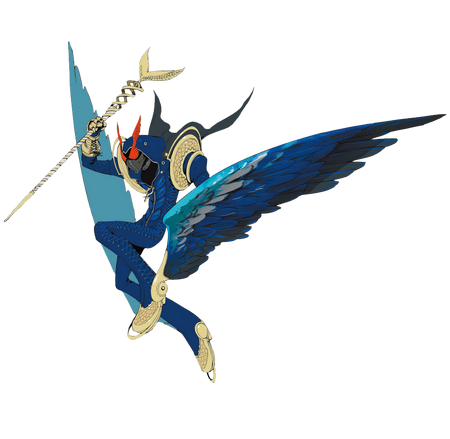 Morgana is a playable character in Persona 5 and one of the founding members of the Phantom Thieves of Hearts. Having no recollection of his past save for that his answers lie at the bottom of Mementos, he enlists the help of Ren Amamiya and the rest of the growing Phantom Thieves to find the truth of his origins. In the meantime, he instructs the Phantom Thieves in the workings of Personas and the Metaverse.

Attack Potency: At least Town level (Fought against Shadow Kaneshiro whose palace was all of Shibuya, which was created with just a thought) | Large Star level (Superior to Futaba, whose palace contained a Sun) | At least Multi-Solar System level (Far superior to Shadow Okumura, whose palace contained countless stars) | Universe level+ (Assisted in the defeat of Yaldabaoth, the administrator of the Collective Unconscious, who could control the cognitive and physical realities on a universal scale)

Stamina: High (Can fight for hours inside the Metaverse)

Intelligence: High. Possesses a seemingly innate knowledge of the deeper workings of the Metaverse, its connection to reality, how to manipulate cognition to his advantage, as well as the workings of Shadows and Personas. He is skilled in infiltration, stealth and other skills related to thievery that he taught to the Phantom Thieves. He is also implied to have extensive knowledge of human martial arts (including weapon forms) despite not being human himself, as he taught all of the Phantom Thieves how to fight with more skill. All of this despite having lost his memories.

Weaknesses: Morgana's Persona is weak to electrical attacks. He also tends to become cocky when a battle is in his favor. Will not use the Metaverse to cause mental shutdowns, even if bloodlusted.

Persona Summoning: The ability to utilize Personas, powerful manifestations of the mind and soul. Personas can move and attack independently of their users, allowing for double-teaming between their user and the equipped Persona. Each Persona has a set of elemental affinities, which also apply to their user while the Persona is equipped.

Zorro: Morgana's initial Persona. Zorro was a masked swordsman who fought against corrupt officials in California during Spanish rule. While equipped, Morgana is weak to Electricity and resists Wind.

Mercurius: Morgana's ultimate Persona, awakened upon forming a blood vow with Ren Amamiya. Mercurius is the Roman god of travelers and thieves. While equipped, Morgana is weak to Electricity, resists Bless/Light and nullifies Wind.