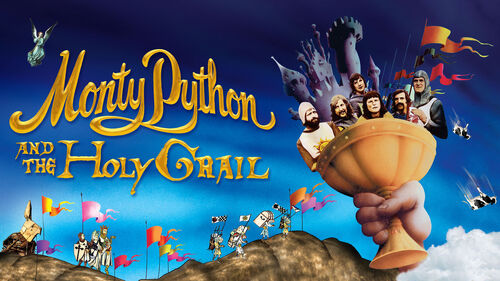 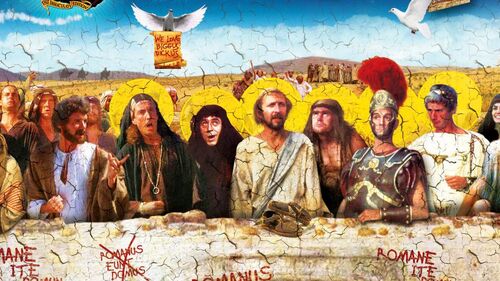 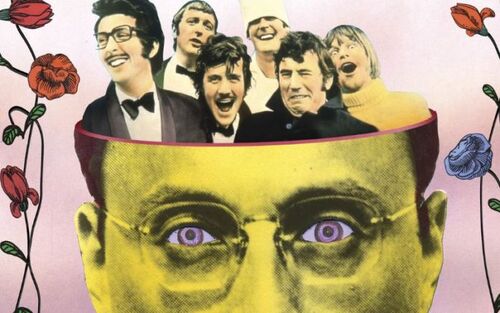 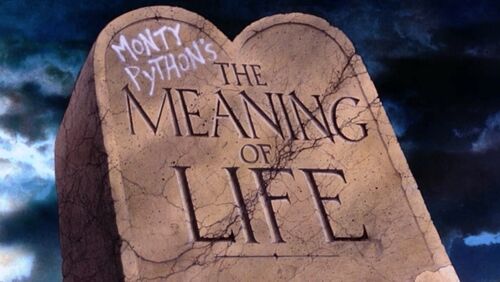 Monty Python is a comedy series that encompasses a number of movies, television series, and comedy shorts produced by a film production group of the same name. Their primary films consist of Monty Python and the Holy Grail, Monty Python's Life of Brian, Monty Python's Flying Circus, and Monty Pyton's Meaning of Life.

Largely unexplored as it stands, however even at a surface level the verse is comparable to other comedy cartoon and live action series with various Fourth Wall Breaks and some impressive physical feats such as the Sun and Clouds causing massive, planet-wide earthquakes in one scene. God can cause a storm to form in several seconds and is implied to be above all other characters in the verse.

Most humans, however, don't boast great physical statistics, although characters like Tim the Enchanter can cause massive explosions with the flick of his finger. Most characters are able to casually break through the fourth wall for incidental/comedic reasons, such as having a monster chasing them get erased from existence due to its animator dying.

Characters of this Verse

Retrieved from "https://vsbattles.fandom.com/wiki/Monty_Python?oldid=6995735"
Community content is available under CC-BY-SA unless otherwise noted.