VS Battles Wiki
Register
Don't have an account?
Sign In
in: Characters, One Piece, Manga Characters,
and 28 more 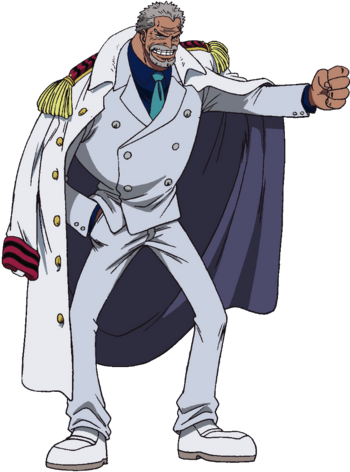 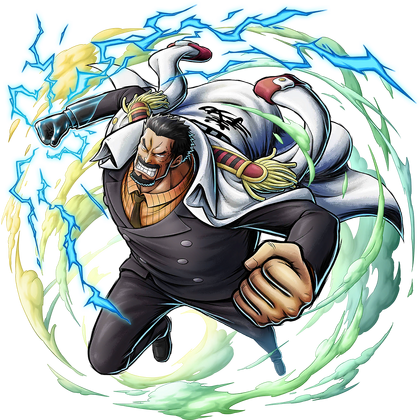 Attack Potency: Country level (Frequently fought with Gol D. Roger and cornered him on several occasions. Many decades ago he along with Roger defeated Rocks D. Xebec, who was the captain of Linlin, Kaido, Whitebeard, Shiki, and other bigshot pirates. He is stated to have destroyed mountains by himself, using them as punching bags. Defeated Prime Chinjao and disfigured his head. Defeated Shiki alongside Sengoku. He is hailed as the hero of marines and thus making him one of the strongest characters in the series) | Country level (As strong as he was in his prime)

Lifting Strength: Class T (Stronger than his current self) | Class T (Lifted and tossed a humongous iron ball with one hand, and is regarded as one of the most physically powerful characters in the verse)

Durability: Country level (He could take attacks from the likes of Whitebeard and similarly powerful characters back in his younger years) | Country level (Scaling from his attack potency)

Stamina: Extremely High (During his introduction, Morgan slashed his torso with his axe, and despite the bleeding, Garp didn't notice the wound until his subordinates pointed it, arguing that he fell asleep and not even then he felt pain from it. Fought in the Marineford war, however, he didn't participate as an active fighter in it. Characters comparable, if not inferior to him, have been able to fight on equal terms for 10 days. Back at his prime he should have been much better in this regard)

Range: Standard melee range, up to hundreds of meters with projectiles

Intelligence: Highly experienced and adept fighter, should possess formidable ability to marshal tropes as he held the post of Vice Admiral for 27+ years and led the marines from the front lines since Gol D. Roger's time, the former Fleet Admiral Kong also repeatedly tried to promote him to the rank of Admiral, which indicates he boasts outstanding strategic intelligence and tactical skills.

Ai yaru Kobushi (Fist performing Love): A punch Garp uses to discipline Luffy, as well as Ace during his childhood.

Genkotsu Meteor (Fist Meteorite): Garp throws a cannonball. Due to his inhuman strength he can throw them easily and their power surpasses that of cannonballs fired from actual cannons.