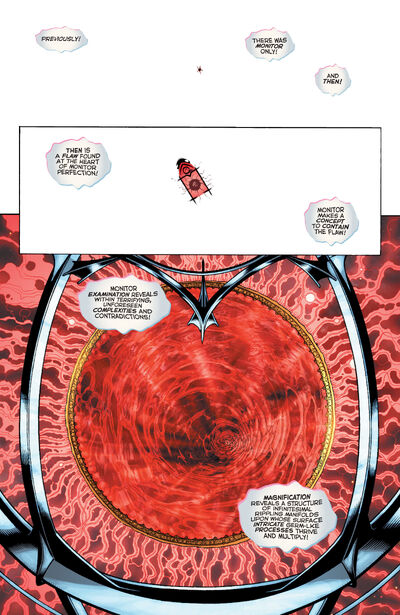 Monitor-Mind the Overvoid is the void of absolute nothingness that encompasses creation, standing outside of its deepest reaches, beyond all dual concepts and the stories which form around them, being the crumbling point in which all things cease to be, and the background of all stories and ideas within DC Comics itself.

Once a nameless, infinite and immaculate sea of perfection, the Overvoid acquired consciousness and sentience after it became aware of the existence of a microbial, infinitesimal "Flaw" lying within its depths, prompting it to create a concept in order to contain it and restrain its influence, and extend a probe from its non-being in order to analyze the Flaw, which would later be known as the Science Monitor Dax Novu.

After interfacing with the Flaw and discovering the existence of a Multiverse riddled with germs known as "stories" multiplying within it, Dax Novu became infected with them and collapsed the defenses of the Monitor-Mind in the process, dividing itself into Mandrakk the Dark Monitor and The Thought Robot. After this event, the Overvoid too, became seemingly plagued by narratives and speculations regarding the Flaw and the events unfolding within and around it, condensing countless narratives and stories out of itself, giving origin to the race of The Monitors.

Classification: "Immaculate Perfection", Infinite Intelligence, Background of all Stories, Ground of Being, Tool of the Writer

Attack Potency: High Outerverse level (The Monitor-Mind is the unconscious void of nothingness that lies as the background of all creation, standing utterly devoid of definition, beyond the crumbling ledge of the Source Wall wherein Thought itself ceases to be and all dual concepts are dissolved into unity. Represents the white canvas of the comicbook itself, being the ground of being in which all characters and concepts of DC Comics are drawn in, and acting as the middle ground between the fictional reality occupied by them and the world of the Writer)

Speed: Omnipresent (Encompasses all of creation and all stories that arise from it, perceiving its entirety as an infinitesimal "Flaw" amidst its nothingness)

Standard Equipment: The Monitors, particularly Dax Novu, which it initially utilized as a probe to interact with the Flaw that is the DC Multiverse.

Intelligence: Likely Inapplicable, as it exists beyond thought and any form of division, and is the unmanifest void of nothingness in which all stories are held, with its desires and ponderings being manifested as beings on their own instead, although Superman described it as an "abstract infinite intelligence" while holding the Book of Infinite Pages.

Notes: This character is considered one of the three major manifestations of God.

Do not attempt to scale other characters that use a cosmology with Reality-Fiction Differences to High 1-A or 0 based on that they perceive lesser characters as fictional constructs or something similarly insignificant. The Monitor-Mind and The Writer are rated as such due to additional context regarding their natures that qualifies them for these tiers in the first place.

As such, perceiving 1-A characters as fiction should only be considered a higher degree of Outerverse level, unless there are further circumstances suggesting that a reality-fiction difference can be equated to higher tiers, in which case they should be carefully evaluated. 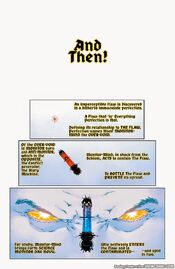 Despite all, The Overvoid did not create DC Comics, and its discovery "shocked" the entity. 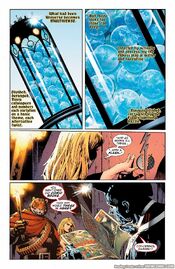 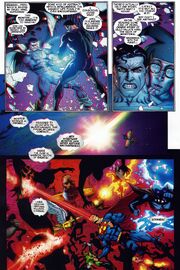 To Monitor-Mind, all of DC Comics is a story. 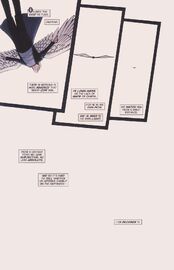 Even to beings such as Lucifer Morningstar, The Void is all-encompassing 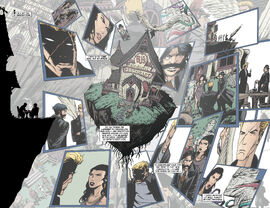 The Void exists beyond all definitions of time and space 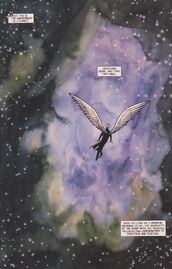 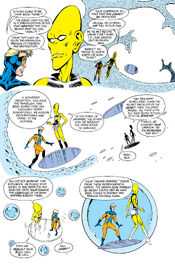 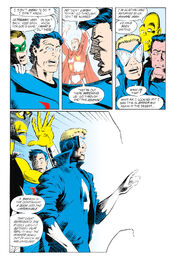