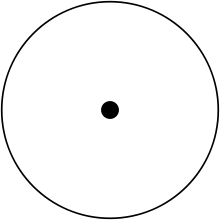 The Monads are beings who created the Xeelee Sequence multiverse, and slumber inside black hole event horizons for billions of years when they aren't awake.

Territory: A realm coined "The Bulk" which is comprised of a potentially uncountably infinite number of varying universes with differing laws of physics

Attack Potency: Unknown (The Monads while sleeping are vulnerable to being killed by lower dimensioned beings within Configuration Space) | Unknown, At least Low Complex Multiverse level (Exist on a realm of space transcendental to The Xeelee, and the entire Xeelee Sequence multiverse is just a part of their dreams. Transcends Configuration Space which contains an uncountably infinite number of matter configurations of an uncountably infinite number of finitely sized 10-D universal domains, where the 7 extra spatial dimensions are compactified to a Planck scale. Vastly above the Transcendence and The Photino Birds), likely much higher (The realm of the Monads, coined "The Bulk," is beyond all space, time, and form, and possibly a Type IV Multiverse containing other universes with far more different or potentially greater cosmologies than that of Configuration Space)

Durability: Unknown (The Monads while sleeping are vulnerable to being killed by lower dimensioned beings within Configuration Space) | Unknown, At least Low Complex Multiverse level, likely much higher

Intelligence: Nigh-Omniscient. The entire Xeelee Sequence multiverse is only a dream

Weaknesses: Require billions of years of sleep. They appear unable to communicate with other species or actively defend against attacks during their slumbers