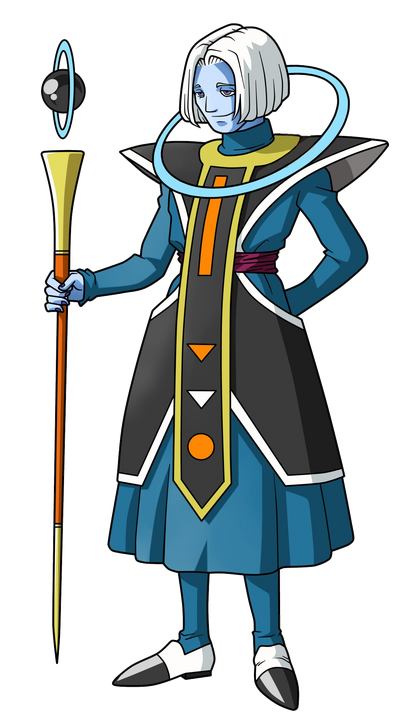 Mojito was the angel of Universe 9 and Sidra's martial arts teacher. He seems to greatly dislike his universe, as he was shown to be joyous when it was erased from existence by Zen'ō.

Attack Potency: Likely Low Multiverse level (Should be far superior to Sidra and Jiren and comparable to other angels)

Retrieved from "https://vsbattles.fandom.com/wiki/Mojito?oldid=6185014"
Community content is available under CC-BY-SA unless otherwise noted.