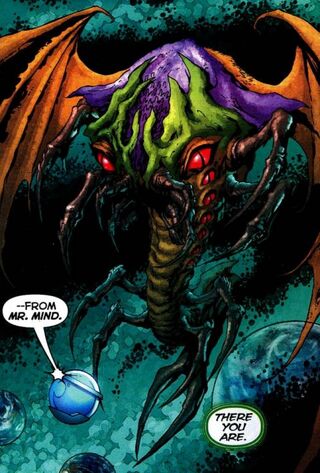 Mister Mind is an evil telepathic Venusian worm who serves as an enemy of Captain Marvel. Mister Mind is a magical creature with an insatiable appetite for supernatural power.

Attack Potency: Below Average Human level | Universe level+ (Was going to consume the main universe and eventually the entire multiverse had he not been stopped, devoured significant portions of each of the 52 universes' history and completely altered their timelines)

Intelligence: Likely Extraordinary Genius. A genius leader and manipulator who is likely the smartest member of his species. Fluent in both English and Venusian