Mira is a Demon Earthling from the future who was created by Towa, accomplished by condensing the DNA of various masters. He and Towa, a brilliant scientist from the Demon World, have a son named Fu, who will have a big influence on the world when he grows up. Towa and Mira are the commanders of the Time Breakers. Mira eventually stole the "Time Passport", a device that made leaping through time possible. Mira's forces' constant leaping through time began creating paradoxes and threatened the stability of reality.

Attack Potency: At least Galaxy level+ (Towa [With Mira stating that he will quickly defeat them] thought he was capable of easily defeating non-canon Innocent Buu and Super Saiyan 3 Goku at the same time and taking their energy) | Multiverse level (Capable of contending with the Future Warrior and Time Patrol Trunks. Towa feared that, if Mira's core were to overload, it would destroy the universe and break through dimensions. Capable of further empowering himself with Dark Magic and after he did, defeated an injured Future Warrior in one shot who shouldn't be too far from full power. Erased part of a timeline in his fight with Time Breaker Bardock) | Multiverse level (Absorbed all of the power of Tokitoki's egg, which would hatch into an entire timeline and put him on a level far beyond himself and anything he could have attained. The egg was stated to have enough power to not only merge the main universe and Demon Realm but it would allow Towa to rule time and space. Should be above the Future Warrior who needed the help from Super Saiyan Blue Goku to defeat him) | Multiverse level (Comparable to Demigra and increased his power with stronger forms. Fought against SSJ4 Broly Dark who was fighting evenly against SSJ4 Xeno Goku)

Intelligence: Gifted, he is an intelligent android with the powers and skills of many masters.

Note: Mira is only part of the Dragon Ball Xenoverse, Online and Heroes game timeline, and has no relation to canon characters in Dragon Ball Super. 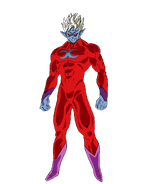 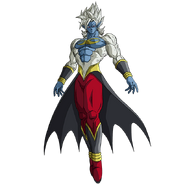 Heroes Final Mira.
Add a photo to this gallery