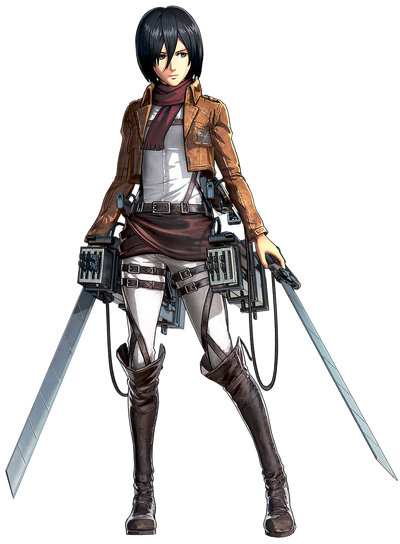 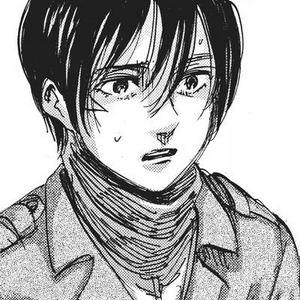 Mikasa Ackerman is the adoptive sister of Eren Yeager. After her biological parents were murdered by human traffickers, she was rescued by Eren and lived with him and his parents, Grisha and Carla, before the fall of Wall Maria. Though she desires only to live a peaceful life with Eren, Mikasa chose to follow him into the military—where she is considered the best soldier among the 104th Training Corps. She later enlists in the Survey Corps to follow and protect Eren.

Tier: 9-A, higher with Equipment, at least 8-C with Thunder Spears

Attack Potency: Small Building level (Due to her Awakened Power as a result of being a member of the Ackerman Clan, Mikasa is able to manifest power comparable to that of a Titan. Even as a child she could break wooden planks by stomping them, and was able to stab a grown man so hard that the knife entered his back, pierced his heart and came out of his chest), Small Building level+ with Equipment (Damaged the Female Titan and both Ymir's and Porco Galliard's Jaw Titans), at least Building level with Thunder Spears (Capable of shattering the Armored Titan's Hardened skin and damaging the War Hammer Titan)

Lifting Strength: Class 1 (Would need to be able to lift this much to be able to handle the force exerted on her body by the 3D gear)

Durability: Small Building level (Survived being crushed by a Titan's hand, but ended up with some injuries. Can withstand the energy exerted on her body by the impact of landing at high speeds on solid surfaces with the 3D Maneuver Gear)

Intelligence: Above Average (Mikasa has honed herself to be a talented fighter at a very young age, and even while she was still in training, Keith noted that Mikasa's performance is exemplary in every subject and that she is truly a genius. Due to her immense skill combined with her own remarkable will she displays lethal force against Titans rarely seen among soldiers, recruits or veterans alike.)