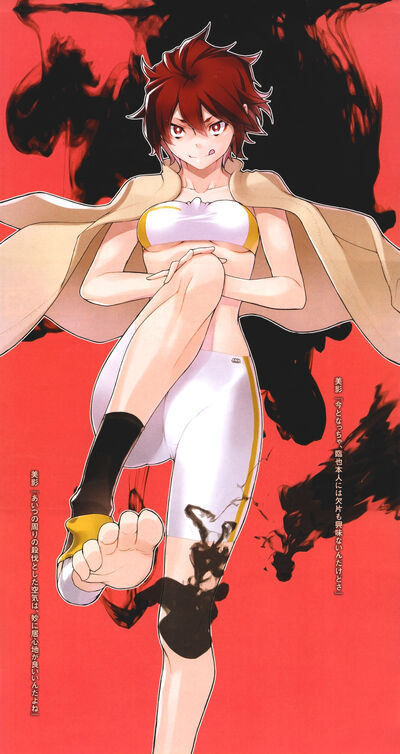 Mikage Sharaku is one of the martial arts instructors of Mairu and Kururi Orihara at her father's dojo. Mikage was one of Izaya Orihara's pawns when she was in school, having grown infatuated with him. However, an unspecified incident caused by Izaya forced her to drop out of high school, and she became a part of her family business. She's one of the people recruited by Izaya for his group.

Attack Potency: Street level (Expert martial artist, can casually beat several thugs on her own, knocked out Kisuke Adabashi with a single blow to the back of the head and fought Varona and a not-serious Kasane Kujiragi at the same time)

Speed: Peak Human (Can keep up with Varona and a not-serious Kasane at the same time, though Varona was injured at the time)

Retrieved from "https://vsbattles.fandom.com/wiki/Mikage_Sharaku?oldid=5114498"
Community content is available under CC-BY-SA unless otherwise noted.