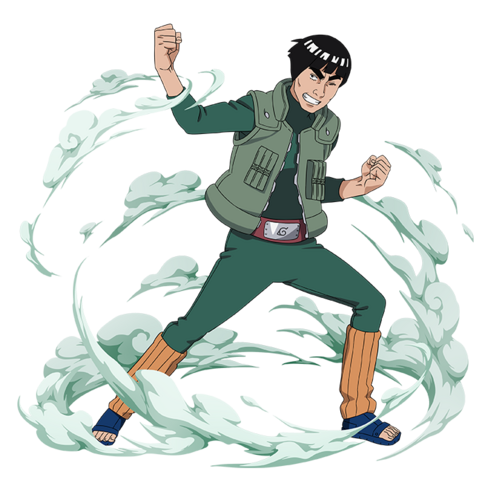 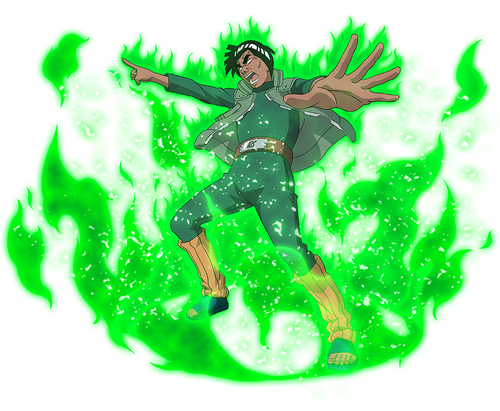 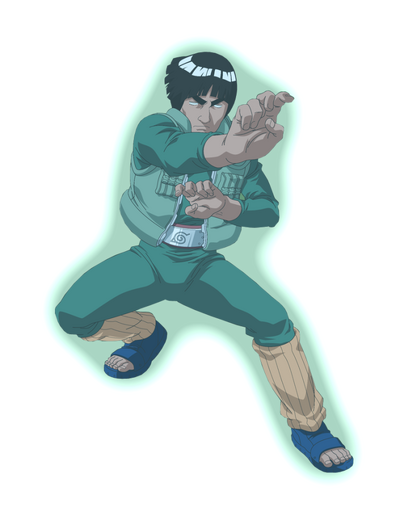 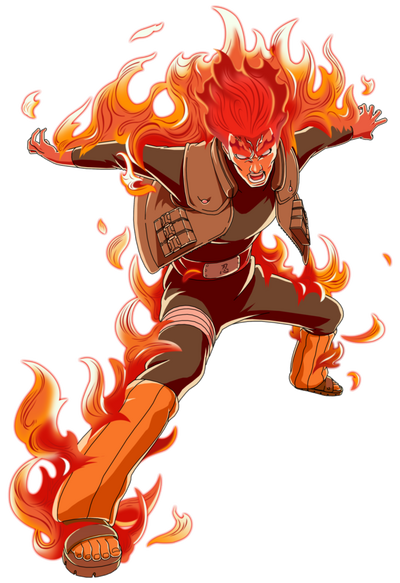 Might Guy (マイト・ガイ, Maito Gai) is a jōnin of Konohagakure. A master of taijutsu, Guy leads and passes his wisdom to the members of Team Guy.

Attack Potency: At least Town level (As one of Konoha's strongest ninja, he should be significantly stronger than Choji, and should also be stronger than Asuma) | At least Town level, possibly higher (Far stronger than his First Gates form, which multiplies his strength by 5 times. Defeated a Kisame's clone that had 30% of his chakra) | At least Mountain level+ (Was able to defeat Kisame Hoshigaki) | Likely Multi-Continent level with Evening Elephant (Able to cause noticeable damage to Rikudo Madara and would have given him "trouble" in successful, consecutive strikes), Multi-Continent level with Night Guy (Obliterated Rikudo Madara's left side, nearly killing him in the process. Also, Night Guy was stated to be a stronger attack than Evening Elephant.)

Speed: At least Massively Hypersonic+ (Stated to be a rival to Kakashi, was able to intercept Kisame while he was mid-attack) | At least Sub-Relativistic, possibly higher (Far faster than his First Gates form, which multiplies his speed by 5 times) | At least Sub-Relativistic, possibly higher (Faster than before) | FTL (Much faster than before. Overwhelmed Six Paths Sage Madara multiple times and distorted space with pure speed)

Intelligence: Known to be an incredibly skilled ninja, graduating from the Academy at age 7 (where the average is around 13-14) and becoming a Chunin at age 11. Highly skilled martial artist.

Weaknesses: Opening Gates leaves his body physically exhausted depending on the number, with opening the Eighth Gate leading him to death. 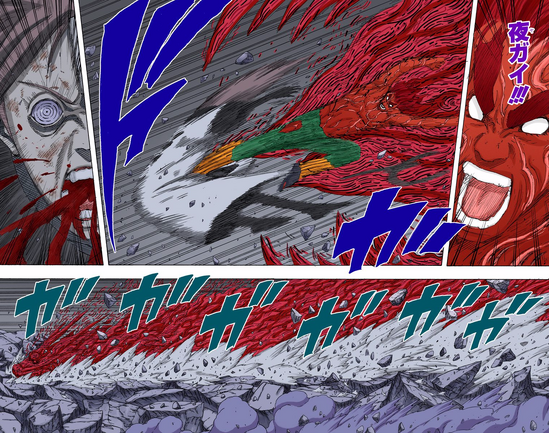